In Spain, calls to hold a referendum on the monarchy increase 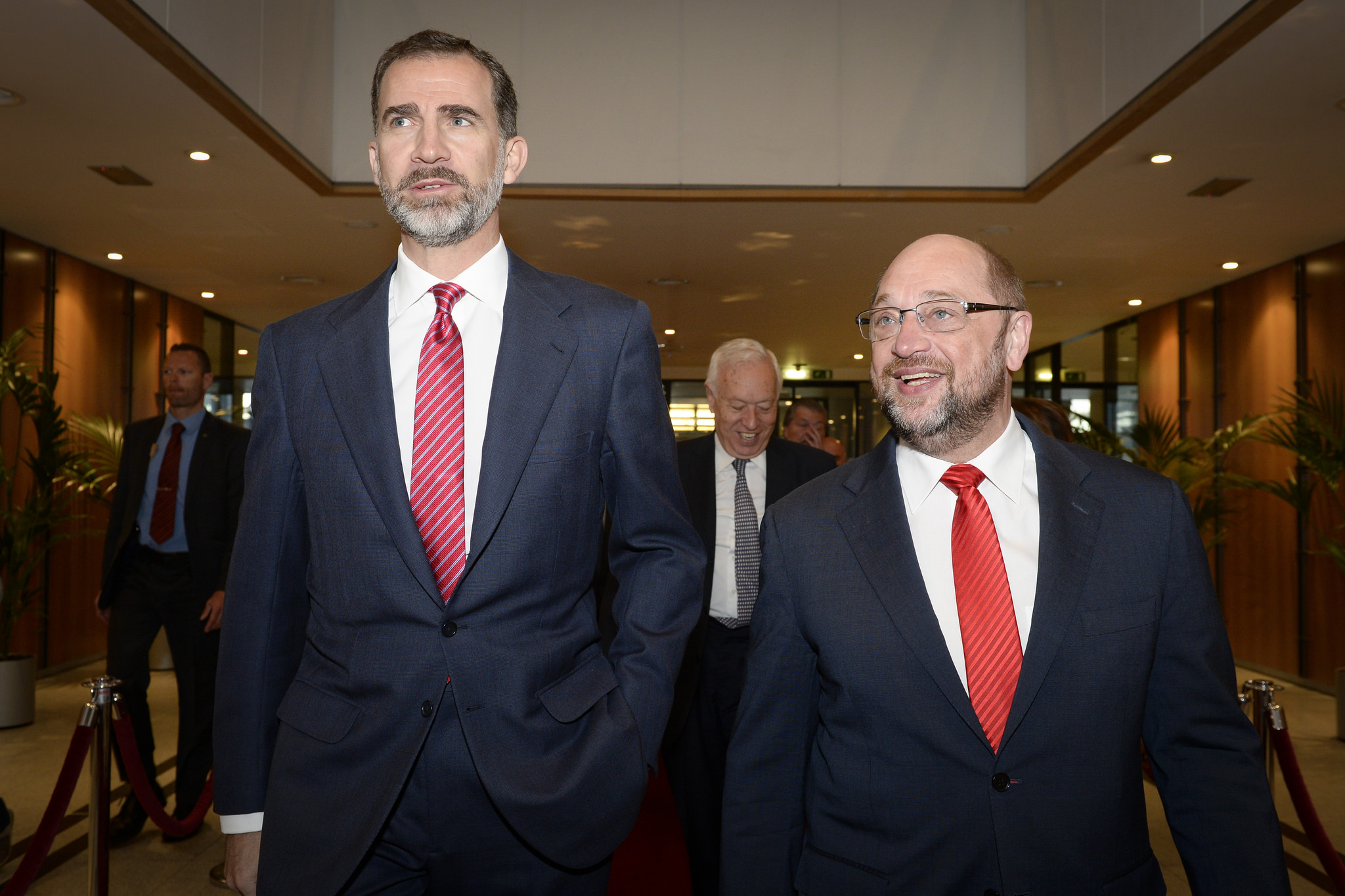 photo credit: Martin Schulz/flickr
It was a hazy and cold December morning in Madrid, and the central Puerta del Sol square, the neural center of the Spanish capital, stood empty of tourists even though it was already past 10 a.m. "Care to vote, sir?" asked one of the men surrounding a table beneath the equestrian statue of 18th century King Charles III. "What for?" the passerby inquired. "For the republic!" replied the man, raising his voice to a shout. On December 2, over 23,000 people in 12 districts and four municipalities of the Madrid region voted in an unofficial referendum on Spain's form of government. The result was overwhelming in its rejection of the monarchy: 93 percent of those who cast ballots would prefer to have a president of the republic as Spain's head of state."Almost 1,500 people who support the monarchical regime have determined that it should nonetheless be submitted to the people's will," said the non-partisan grassroots coordinating body behind the Assemblies for a People's Poll on Monarchy or Republic in a press release afterwards. The vote on the streets of Madrid is one of a many recently. Days before, over 7,300 students took part in a similar unofficial referendum at the Autonomous University of Madrid (UAM). There too the result was a massive victory for the republic, with over 83 percent supporting the end of the monarchy. The UAM vote was the first of a string of ballots to be held in December in dozens of universities all over the country.
Read the full article here: Deutsche Welle