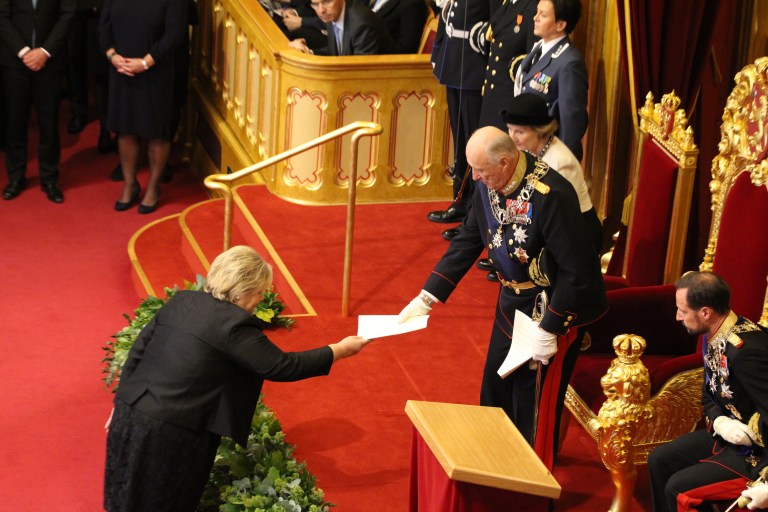 Prime Minister Solberg gives the king the speech of the throne. (photo credit: Oskar Aanmoen)
On Tuesday, 36 of the 169 representatives in Norway’s parliament voted in favour of replacing the country’s monarchy with a republic. It was part of the annual process considering proposals to change the Norwegian constitution. But this vote on whether to retain King Harald and his family isn’t a new thing – every year since 1972 the Socialist Left Party, SV, puts forward a motion on the abolition of the monarchy during the debates on the constitution.
Read the full article here: Royal Central