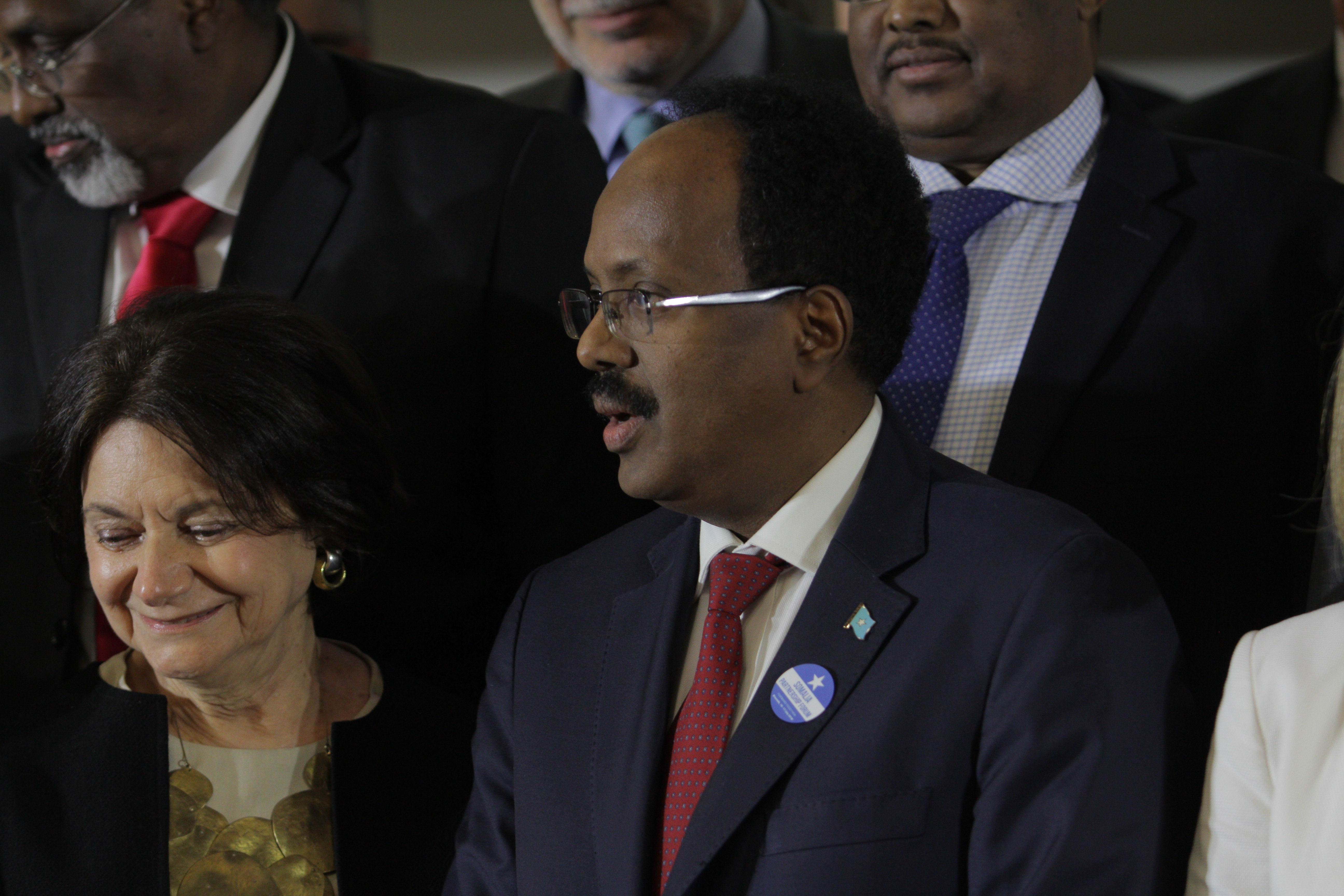 President Mohamed Abdullahi Farmaajo of Somalia (photo credit: AMISOM Public Information/flickr)
The controversy surrounding the selection of Somaliland's electoral committee members continues to escalate with Senate Speaker Abdi Hashi now calling for intervention by the United Nations and the African Union, in the latest twist which could derail implementation of the pre-election deal within Somalia. Somaliland's electoral committee team is set to conduct elections for the secessionist region with winners expected to join the rest in Somalia's Senate, even though the local administration of the breakaway region has rarely recognized such kind of arrangements. In a tough-worded letter, Abdi Hashi, who hails from Somaliland, accused President Mohamed Abdullahi Farmajo of unilaterally appointing the committee without involving stakeholders from Hargeisa, who are supposed to oversee the elections in line with the country's provisions constitution.
Read the full article here: Garowe Online