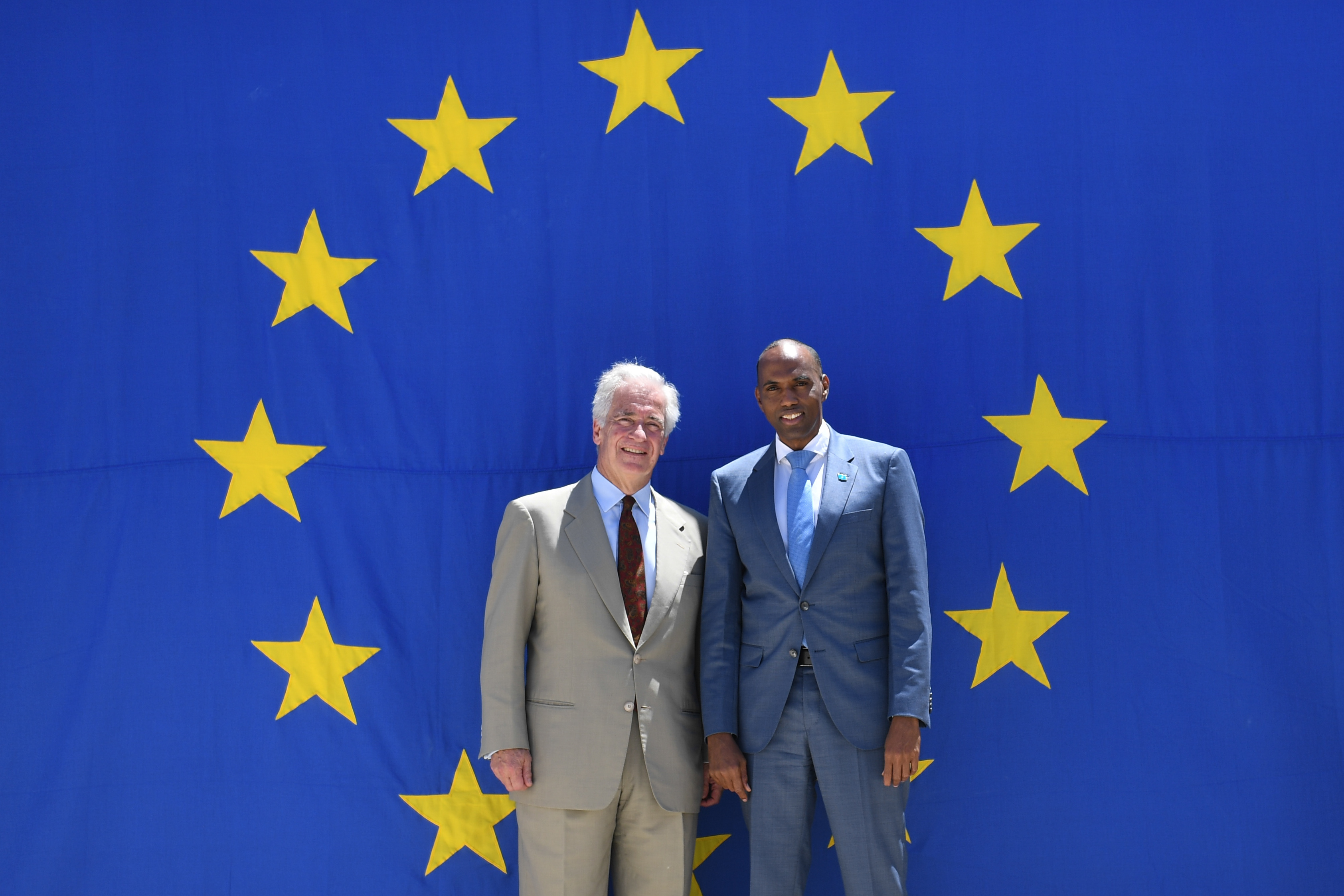 Prime Minister Hassan Ali Khaire of Somalia (photo credit: AMISOM Public Information/flickr)
Somali Prime Minister Hassan Ali Khaire was kicked out of his post in an unexpected vote of no confidence, plunging the embattled East African country into a constitutional crisis ahead of national elections. But Khaire rejected the vote, with his office saying the process was not legitimate. Parliamentary Speaker, Mohamed Mursal Sheikh Abdirahman, accused the ousted prime minister and his cabinet of failing to finalise a draft constitution, which could pave the way for fairer elections.
Read the full article here: Premium Times