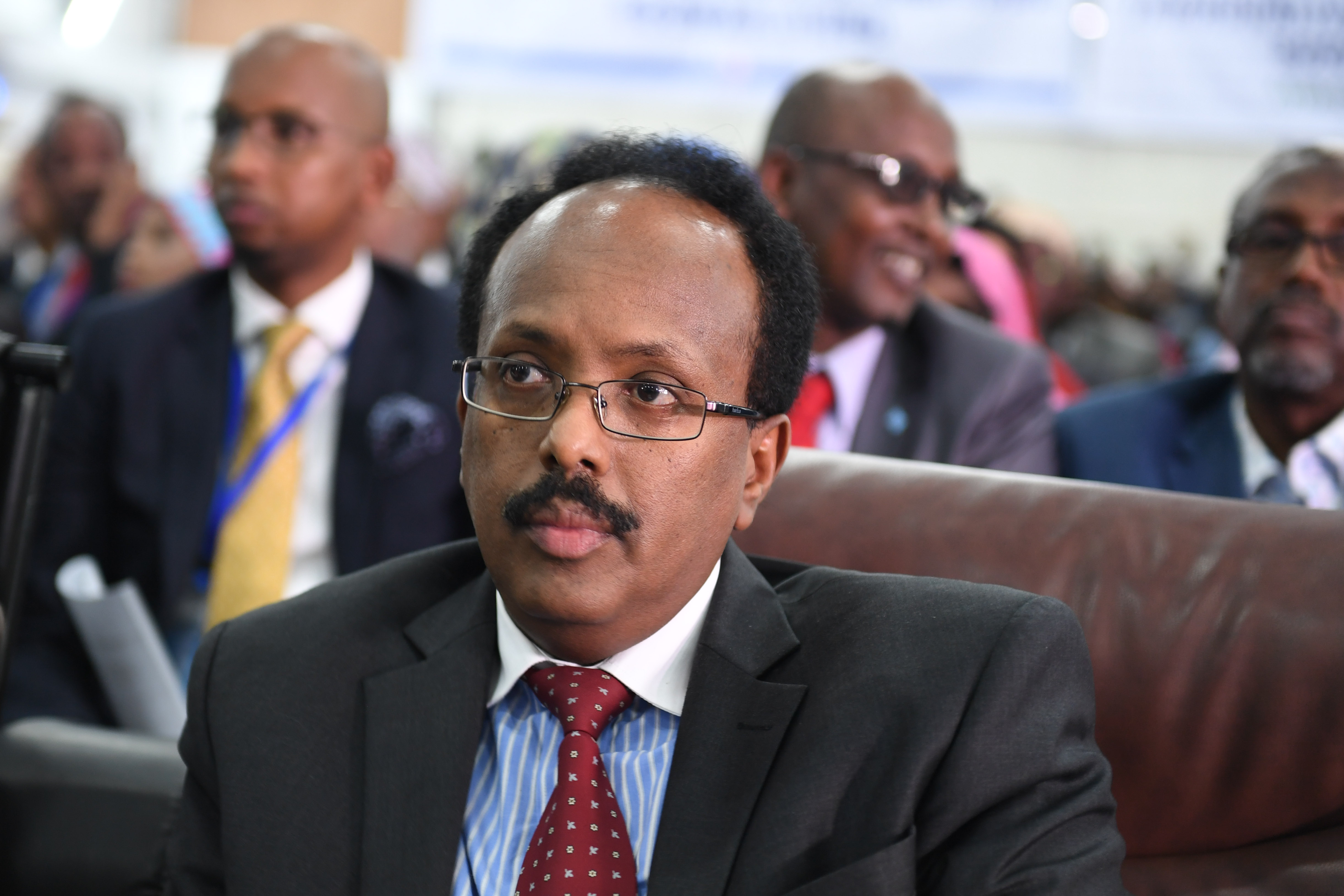 President Mohamed Abdullahi Farmajo of Somalia (photo credit: AMISOM Public Information/flickr)
Somalia will now go to elections starting November this year, a section of senior stakeholders said on Thursday, weeks after series of meetings in Dhusamareb and Mogadishu, which were brokered by members of the international community and local actors, amid simmering political tensions. [ . . . ] But in Mogadishu on Thursday, five federal states leaders, Mogadishu Mayor Omar Filish and Farmajo penned down a historic deal, which effectively solves the pre-election crisis should parliament approve it. The agreement reinstated an improved clan-based model, ending speculations on whether the country will hold early polls as anticipated.
Read the full article here: Garowe Online