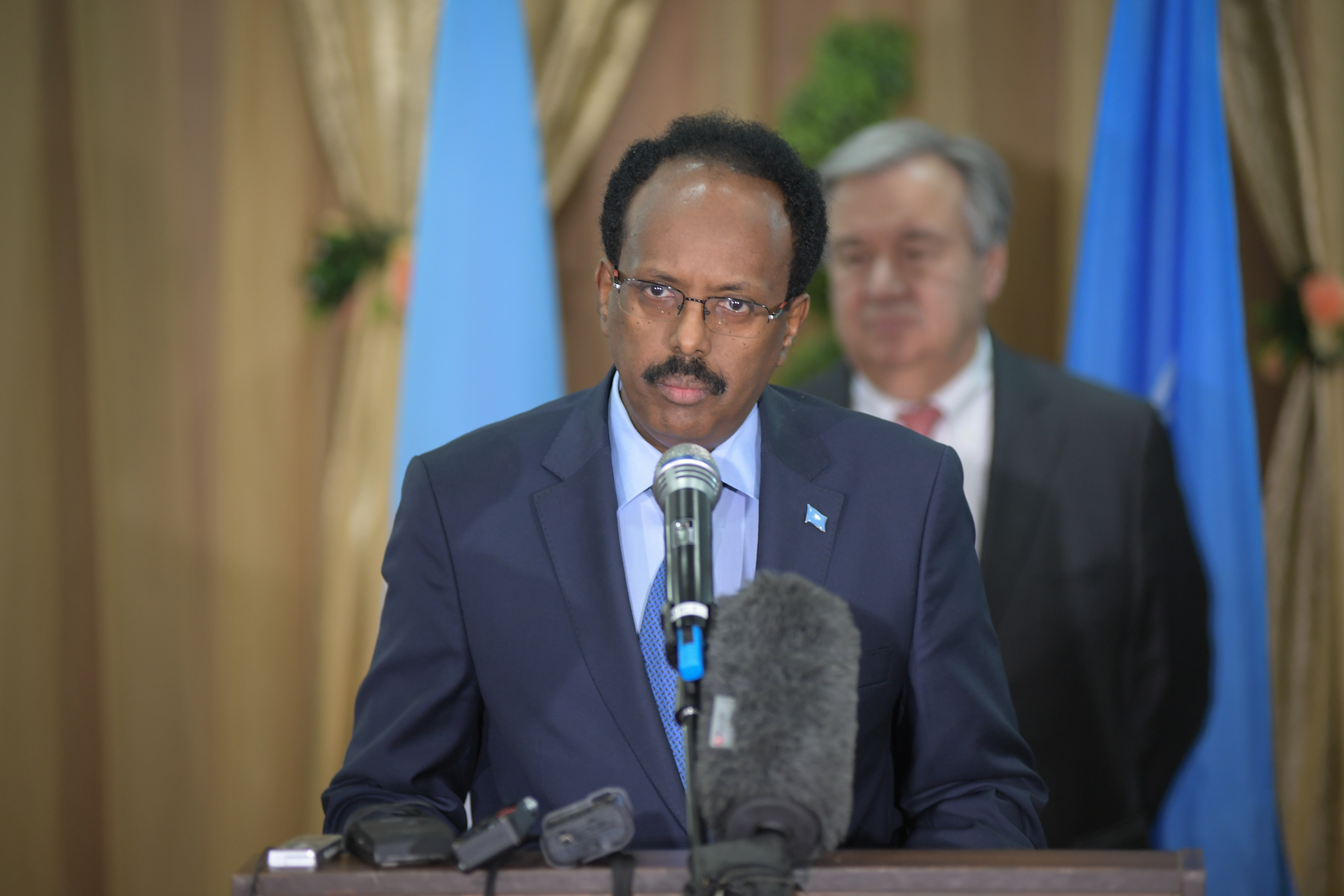 President Mohamed Abdullahi Farmaajo of Somalia (photo credit: UNSOM Somalia/flickr)
Women's rights groups, prominent businesswomen and female politicians in Somalia are urging the country's male-dominated parliament to pass a bill reserving 30% of seats for women in next year's general election. Women hold 24% of the 329 seats in Somalia's lower and upper houses of parliament, according to the Inter-Parliamentary Union (IPU), up from 14% in the previous election. In June, Somalia's lower house approved a bill allowing for 30% of parliamentary seats to be reserved for women, but the bill has not been tabled before the upper house for approval.
Read the full article here: Times Live