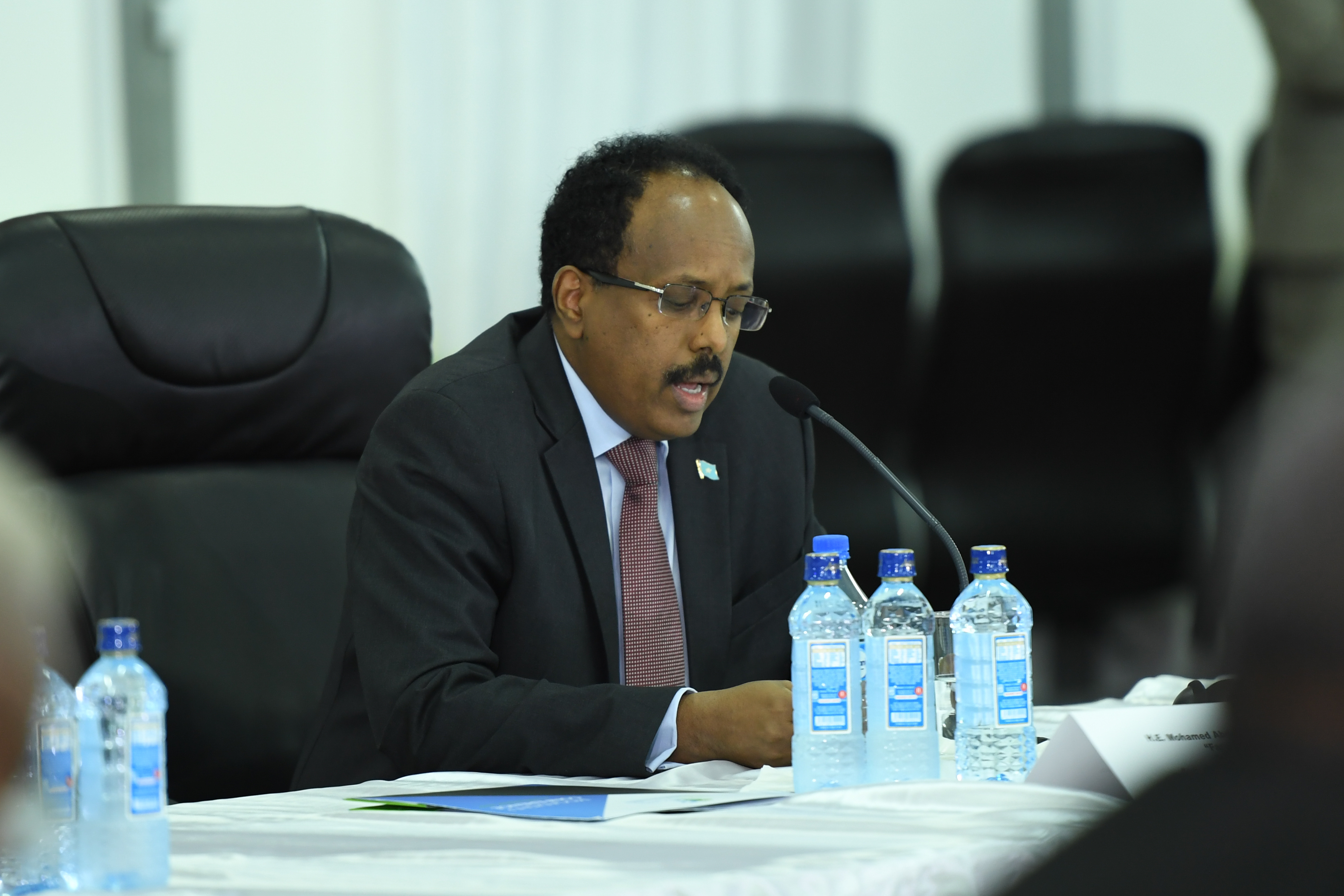 President Mohamed Abdullahi Mohamed Farmaajo of Somalia (photo credit: AMISOM Public Information/flickr)
The opposition candidates for the Presidency of Somalia announced this Monday that they will stop recognizing the current president, Mohamed Abdulahi Mohamed, whose term ends during the day, and have opted to create a body in charge of preparing the next elections, in the middle of a serious crisis due to the delays in the holding of the elections and the lack of agreement in the last minute meetings held last week. The council that brings together the opposition candidates has indicated in a statement that the Constitution states that the presidential term is four years and they have charged against the head of state, popularly known as ‘Farmajo’, due to the delays in holding the elections , which now threaten to lead to a constitutional crisis.
Read the full article here: explica