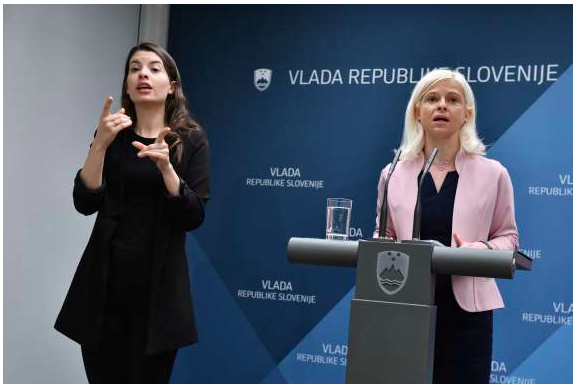 Labour Minister Ksenija Klampfer (photo credit: Tamino Petelinšek/STA)
The National Assembly of Slovenia endorsed a proposal to assign Slovenian sign language as an official in the constitution. The government stated that in order for the Slovenian deaf and hearing-impaired community to fully exercise their basic human rights, Slovenian sign language should be an official language. The proposal was put forth by the Association of the Deaf and Hearing-Impaired, which believes that the proposal would help the sign language community in terms of employment and education.
Read the full article here: Language Magazine