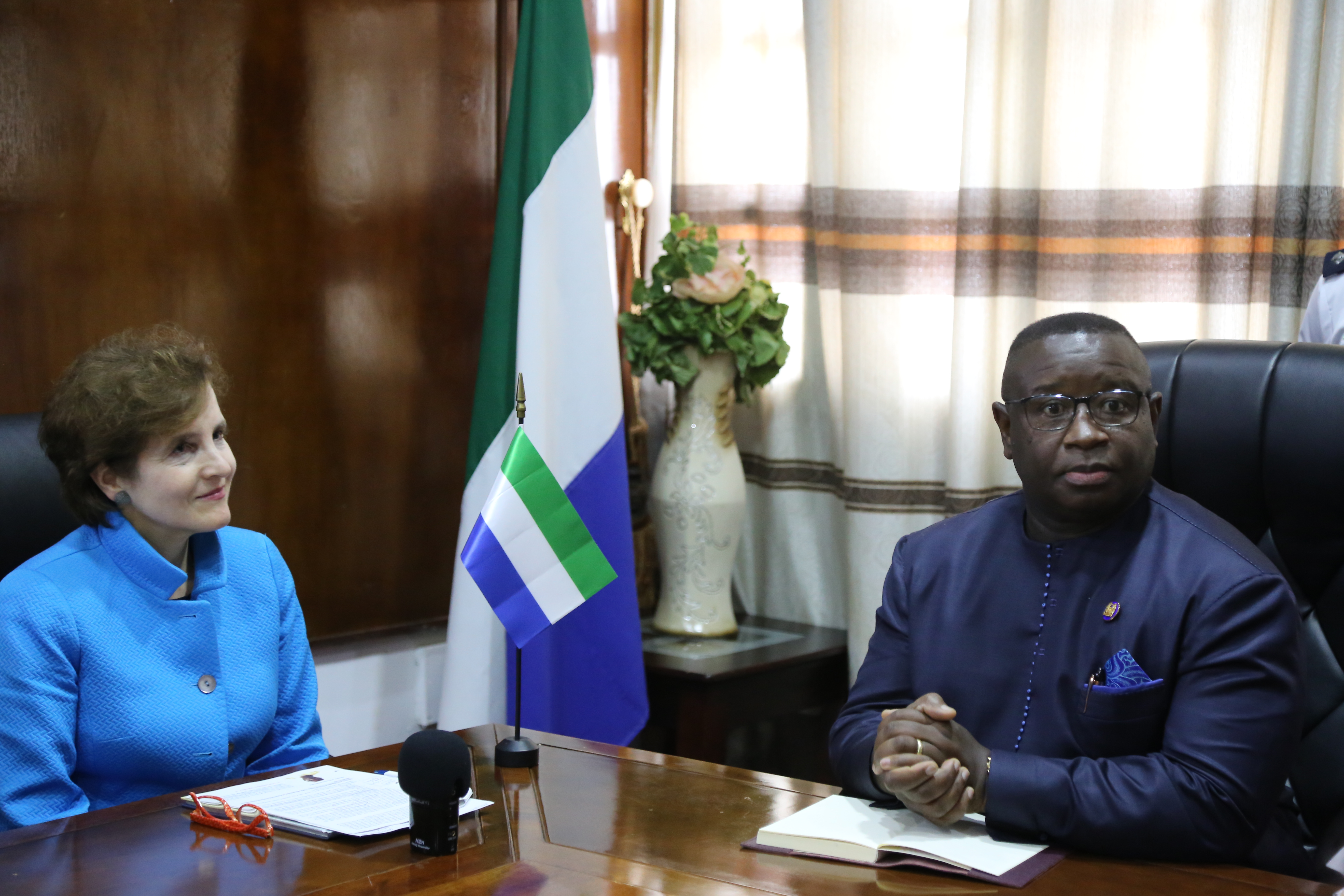 President of Sierra Leone, Julius Maada Bio (right) (photo credit: Global Partnership for Education/flickr)
Honorable Veronica Kadie Sesay, President of the Female parliamentary caucus, on Tuesday August 6 presented a report of a fact finding research on women’s space and participation in governance to President Julius Maada Bio. The report, according to her, push for the amendment of Section 74 of Act No.6 of the 1991 Constitution to include a new sub­section that would provide for two women Members of Parliament for each district who, subject to the Provisions of the Constitution, shall be elected in such manner as may be prescribed by or under any law.
Read the full article here: Politico SL