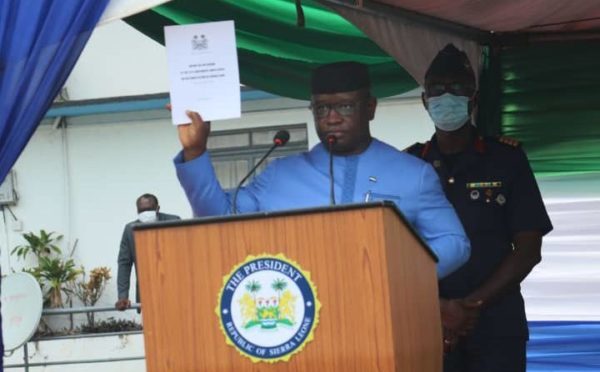 President Julius Maada Bio launching the government White Paper on constitutional reform (photo credit: Sierra Leona Telegraph)
The Sierra Leone government has released a long-awaited White Paper on the review of the country’s Constitution, five years after the report on the last review process was submitted. The document was officially presented at a ceremony presided over by President Julius Maada Bio [...]. The president said his government had already accepted some of the recommendations of the reviewers as part of his government’s ongoing process on reforms. [...] Details of the White Paper reveals that some of the key recommendations accepted by the government include calls for the separation of the office of Attorney-General from the Justice Ministry. _______________ [Link to the White Paper: https://bit.ly/3fv4lbR]
Read the full article here: The East African