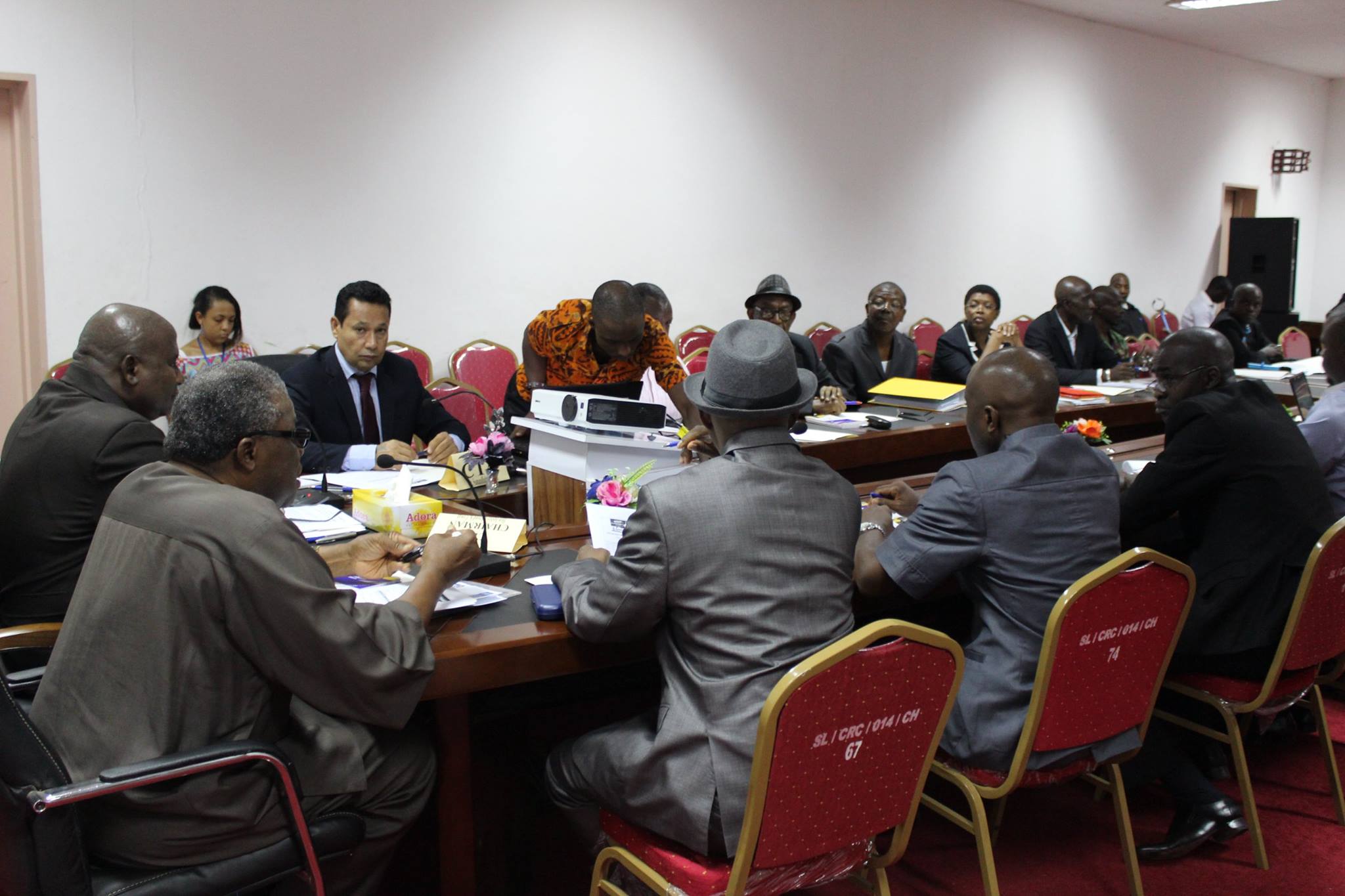 Members of the CRC (photo credit: Government of Sierra Leone)
<p>The body responsible to review Sierra Leone’s Constitution is asking for an extension of its term of mandate to allow it complete its work.</p><p>An official of the Constitutional Review Committee (CRC) said on Tuesday that due to lack of funding they were unable to do their work effectively.</p><p>The CRC only recently published the first draft of the recommendations since it began work in 2014.</p><p>Mohamed Faray Kargbo, CRC spokesman, said they would need to popularize the document by engaging on a nationwide tour and then present it for validation, before presenting it to cabinet.</p><p>The Cabinet, he added, would then send it to Parliament, which would present it for a referendum.</p>
Read the full article here: Star Africa