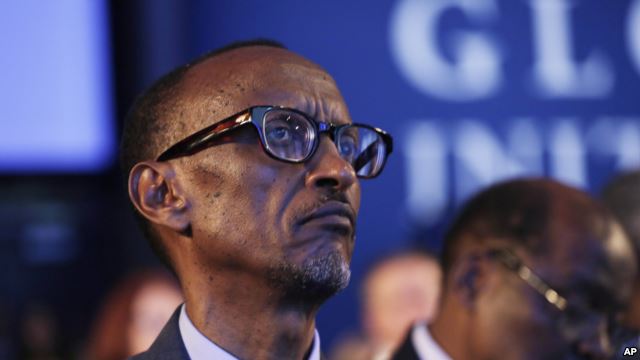 Rwanda President Paul Kagame [photo credit: Associated Press]
<p>Rwandan lawmakers approved a measure on Tuesday that would pave the way for President Paul Kagame to seek re-election when his second term ends in 2017.&nbsp;<span style="line-height: 20.3999996185303px;">Both houses of parliament voted in favor of a petition that calls for the removal of presidential term limits from the country's constitution. A reported 3.7 million Rwandans signed the petition, more than 30 percent of the population.&nbsp;</span><span style="line-height: 20.3999996185303px;">The proposal will now be taken up by a parliamentary committee.&nbsp;</span></p>
Read the full article here: Voice of America