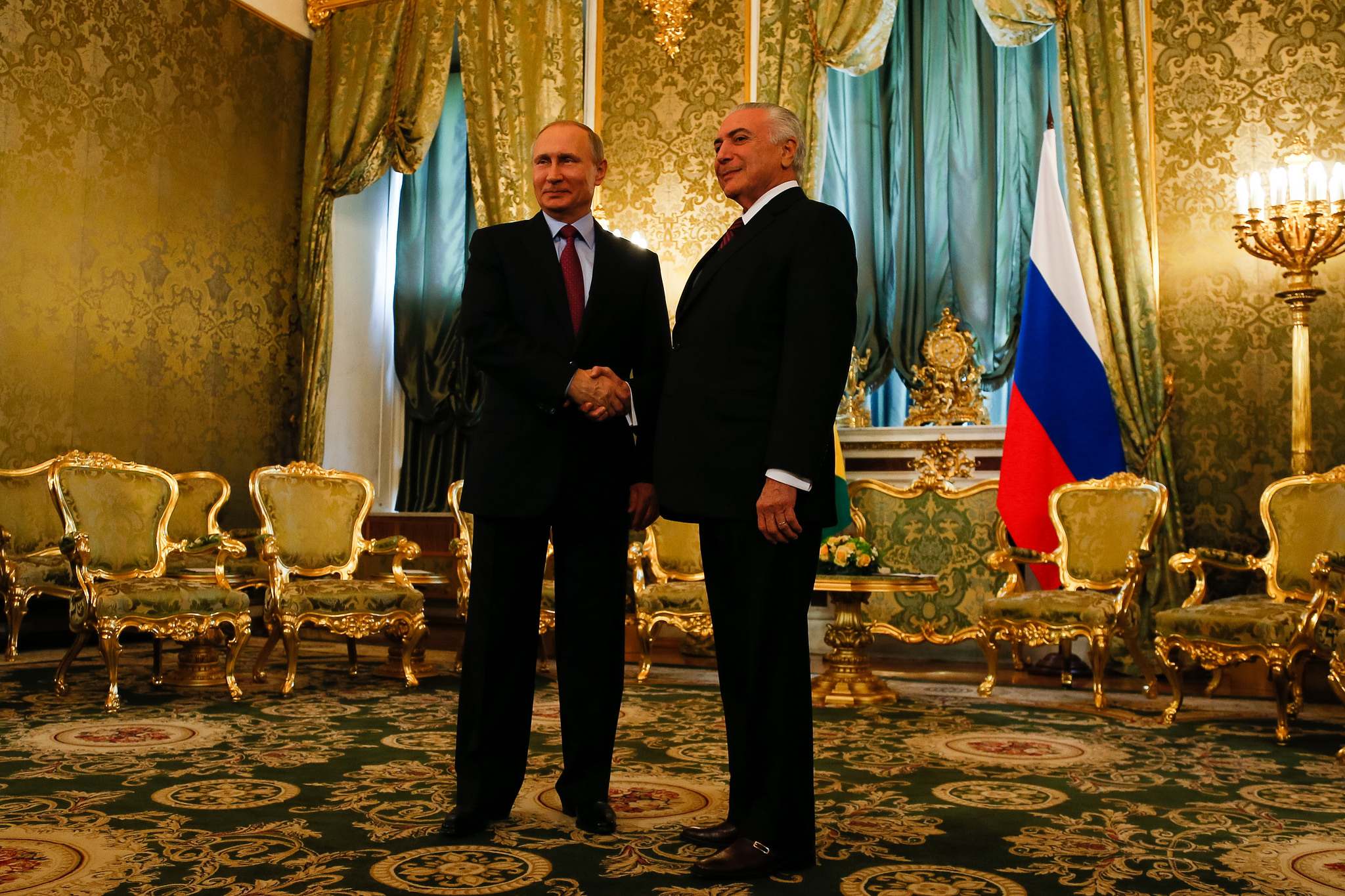 photo credit: Michel Temer/flickr
The speaker of Russia’s parliament raised the possibility of changing the constitution as speculation grows that the Kremlin is considering ways to allow President Vladimir Putin to remain in power beyond the end of his current term, when current law requires him to step down. “This is about the transfer of power,” said Gleb Pavlovsky, a political analyst and former Kremlin aide. “Putin encourages this game, dropping ambiguous hints.” The comments from Vyacheslav Volodin, speaker of the State Duma and a top member of the ruling party, at a scripted Kremlin meeting with Putin late Tuesday were vague and didn’t mention succession. But analysts said they showed the authorities already are preparing the ground for changes before the end of Putin’s current term in 2024. “There are questions in society, esteemed Vladimir Vladimirovich,” Volodin said, addressing Putin in the respectful form, according to a Kremlin transcript. “This is the time when we could answer these questions, without in any way threatening the fundamental provisions” of the constitution, he added. “The law, even one like the Basic Law, isn’t dogma.”
Read the full article here: Bloomberg