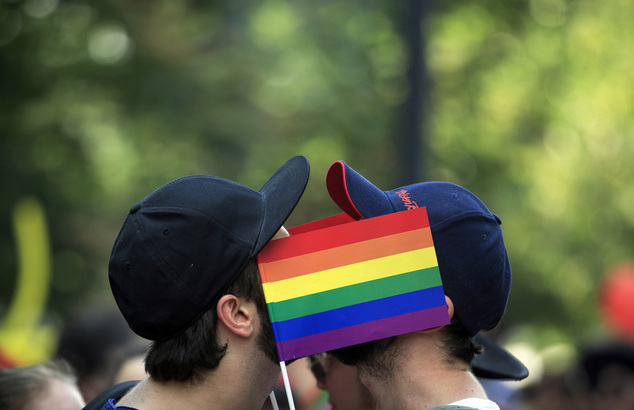 Participants in Bucharest gay pride parade (photo credit: Vadim Ghirda/AP)
<p><span>Romania's Constitutional Court on Wednesday ruled that a request from an anti-gay group to change the constitution to state that marriage is a union between a man and a woman is constitutional.</span></p><p><span>The court's ruling paves the way for Romania's Parliament to vote to change the constitution, last revised in 2003, which now says marriage is between "partners" without specifying gender. Any change would need to be approved by two-thirds of lawmakers.</span></p>
Read the full article here: Associated Press/Daily Mail