Removing ‘Race’ and Adding ‘Gender’ to the French Constitution: On Constitutional Redundancy and Symbols 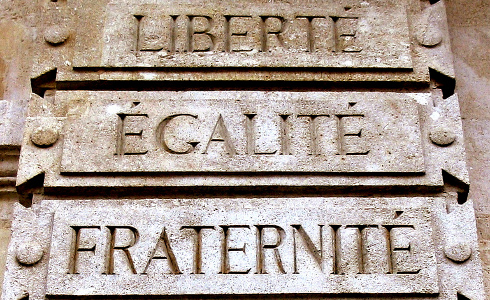 After their recent vote to remove the word ‘race’ and to add the prohibition of gender discrimination to the French Constitution, some members of the Assembly seemed to think that they had accomplished a constitutional premiere. However, even if the proposed changed were to be adopted, it appears that the removal of ‘race’ would not be complete, and the so-called novelty would not, in fact, be so novel. The duplication of already existing constitutional provisions reveals either a disturbing lack of knowledge or a quest for symbols that could operate at the detriment of clarity and coherence - writes Professor Fassassi.

In July 2018, the French National Assembly began examining the constitutional revision bill announced last year by President Emmanuel Macron. Entitled ‘for a more representative, responsible and efficient democracy’, the constitutional bill provides for, among other things, reforms to the lawmaking process, enhanced flexibility for experimentation by local authorities, abolition of the Cour de Justice de la République and changes to the composition of the Conseil Constitutionnel. This constitutional revision is only one part of a broader reform process, which is planned to be also carried out through an ordinary law and an organic law in the fall.

These proposed changes led journalists and even some members of the Assembly to declare that race would finally be removed from the Constitution and gender equality finally introduced. The reality is in fact different, since even if the reform is adopted, the word ‘race’ would still be present in the Constitution, and the prohibition of gender discrimination would then appear twice. In other words, the removal of race is not complete and the so-called novelty is not, in fact, novel. If this sounds confusing for foreigners and, apparently, even for some MPs, that is because the French Constitution is actually broader than the mere text of the Constitution of the Fifth Republic.

This piece will not engage in the normative debate about whether the word ‘race’ should or should not appear in the Constitution or any legal provision. Proponents of its removal argue that the word does not belong in a Constitution and that its use, even to prohibit racial discrimination, legitimatizes the concept of race. Others worry that getting rid of the prohibition of discrimination ‘on the basis of race’ would actually be detrimental to the fight against racism and amounts to a mere ‘scriptural form of antiracism’.

After World War II, several provisions were adopted explicitly prohibiting discriminating based on ‘race’, including in the Preamble of the Constitution of 1946 and, later, in the 1958 Constitution.

Instead, after looking back on the appearance of the word ‘race’ in statutes, and the recent steps taken to remove it, this piece will consider what the vote on 12 July reveals both about the depth of the French Constitution and the problematic lack of knowledge shown by some MPs.

Before considering the efforts to remove the word ‘race’ from legislative texts, it is necessary to recall the context of its appearance.

The first explicit occurrence of the word ‘race’ in a legal text seems to be in the decree-law Marchandeau, on 21 April 1939. In the context of the rise of anti-Semitism in the 1930s, this text prohibited defamation in a newspaper against a group of people belonging ‘by their origin to a particular race or religion’. Thus, the first occurrence of the word in a statute is in an antiracist law. However, this provision was quickly repealed by the Vichy Regime in 1940. Soon after, the regime passed laws overtly discriminating against Jews. Race thus became an explicit legal category conditioning the application of a specific regimen. Indeed, the legislature defined what it meant for someone to be of ‘Jewish race’. Obviously, this does not mean that no legal discrimination before 1940 had been established on functional equivalents of race, even if the word was not used, such as skin color, in the Code Noir in the seventeenth century and then, later, in colonial legislation. The word ‘race’ was then absent but by distinguishing between ‘Blacks’ and ‘Whites’, for instance, these texts were the epitome of what everyone would consider to be racial discrimination. In any case, after World War II, as a reaction against the laws from the Vichy Regime, several provisions were adopted explicitly prohibiting discriminating based on ‘race’. Some were incorporated in statutes and others at the constitutional level, such as in the Preamble of the Constitution of 1946 and, later, in the 1958 Constitution.

Francois Hollande committed to push for a constitutional bill to remove the word from the Constitution.

The debate about removing the word ‘race’ is not new, nor only French, of course. Academics sparred over the issue in the 1990s and MPs, from the overseas territories in particular, have long defended this proposal. In 2012, Francois Hollande declared during his presidential campaign that ‘there is no room in the Republic for the word “race”’. He committed to push for a constitutional bill to remove the word from the Constitution. However, practical considerations and the limited chances to muster the qualified majority requirement for constitutional amendments led to the abandonment of this proposal.

In May 2013, the National Assembly adopted a bill removing the word ‘race’ from all French statutes. At that time, there were discussions about whether MPs should first amend the Constitution to remove ‘race’ from the text. Some feared that it would be incoherent to delete the word in statutes while keeping it in the supreme law. In any case, the law did not pass as it was not voted on by the Senate.

Therefore, the successful efforts so far at the legislative level have not led to the actual removal of the word ‘race’ but rather to the addition of a word before it, expressing the rejection of the scientific validity of the concept. However, the lawmakers have not been thorough, as the change has not been systematic. They have not been coherent either, since the word ‘racial’ survived. It thus seems that ‘race’ dies hard in statutes.

The depth of the French Constitution: The removal and the novelty that weren’t

After the vote to remove the word ‘race’ and to add the prohibition of gender discrimination to the Constitution, some members of the Assembly seemed to think that they had indeed accomplished a constitutional premiere.

The constitutional corpus, le bloc de constitutionnalité as it is called, is usually presented as comprising five elements.

The removal would not be complete

The Declaration of 1789 guarantees equality but, concerning racial discrimination, the Preamble of the Constitution of 1946 is more explicit. The text provides that ‘The French people proclaim once more that every human being, without distinction as to race, religion or creed, possesses inalienable and sacred rights’. Thus, notwithstanding the removal of the word ‘race’ from Article 1 of the Constitution of the Fifth Republic, the word would still remain in the constitutional corpus. True, one could then suggest also removing the word ‘race’ from the Preamble. However, there is a broad scholarly consensus that the texts of 1789 and 1946 should not be modified nor updated, although technically  nothing precludes such a modification, as the Conseil has refused to review the constitutionality of constitutional amendments. These texts embody the spirit of their times, a more liberal leaning in 1789 and a more social one in 1946. They illustrate both the various inspirations of human rights and the historical grounding of their consecration in France. It would not make much sense to amend them. That is why the amendment left the Preamble of the 1946 Constitution untouched.

While one might hope that the majority of the members of the Assembly were aware that the word ‘race’ would survive in the constitutional corpus, it seems that some were not fully aware of it, illustrating a disturbing lack of knowledge about the Constitution by those who nonetheless sought to modify it.

The Preamble of the 1946 Constitution already provides that ‘The law guarantees women equal rights to those of men in all spheres’.

And the novelty would not be so novel

The attempt to include prohibition of gender discrimination is a clear illustration of this.

Except for the 2000 revision, adopted through a referendum, presidents have always chosen the path of the Congress.

The fate of the constitutional bill is very uncertain. Even if the debate resumes at the National Assembly and members of the Assembly approved the bill, it would still have to be voted in identical terms by the Senate, and then either adopted by referendum, or more likely, adopted by three fifths of the MPs in a joint sitting. Except for the 2000 revision, adopted through a referendum, presidents have always chosen the path of the Congress.

Numerous international human rights treaties ratified by France, such as the ICCPR and the CERD, as well as the European Convention on Human Rights mention the word ‘race’.

Assuming that the constitutional bill passes and that the Constitution is amended, the concrete effect of the changes made to Article 1 would probably be limited. The provision prohibiting discrimination based on race is rarely invoked in constitutional litigation, since very few laws seem to violate it. The only recent example dates from 2007, when the Conseil Constitutionnel invalidated a legislative provision on that basis. This is not, however, a guarantee for the future, and the functional equivalents, such as the prohibition of discrimination ‘on the basis of origin’, may not be sufficient. The change at the constitutional level would not, in theory, impact the statutory provisions which prohibit and punish discrimination based on ‘so-called race’, unless it sets a precedent and MPs use the same logic to remove the word ‘race’ from statutes as well. It is worth noting that numerous international human rights treaties ratified by France, such as the ICCPR and the CERD, as well as the European Convention on Human Rights mention the word ‘race’. Indeed, from a comparative perspective, more than 140 state constitutions contain provisions forbidding discrimination on the basis of race.

Concerning the addition of the prohibition of gender discrimination to Article 1, the change would largely be symbolic since, as we have seen, the constitutional corpus already contains a provision in this regard.

Idris Fassassi is a professor of public law at the University of Picardie Jules Verne.