Protests and counter-protests in Poland over constitutional court nominees 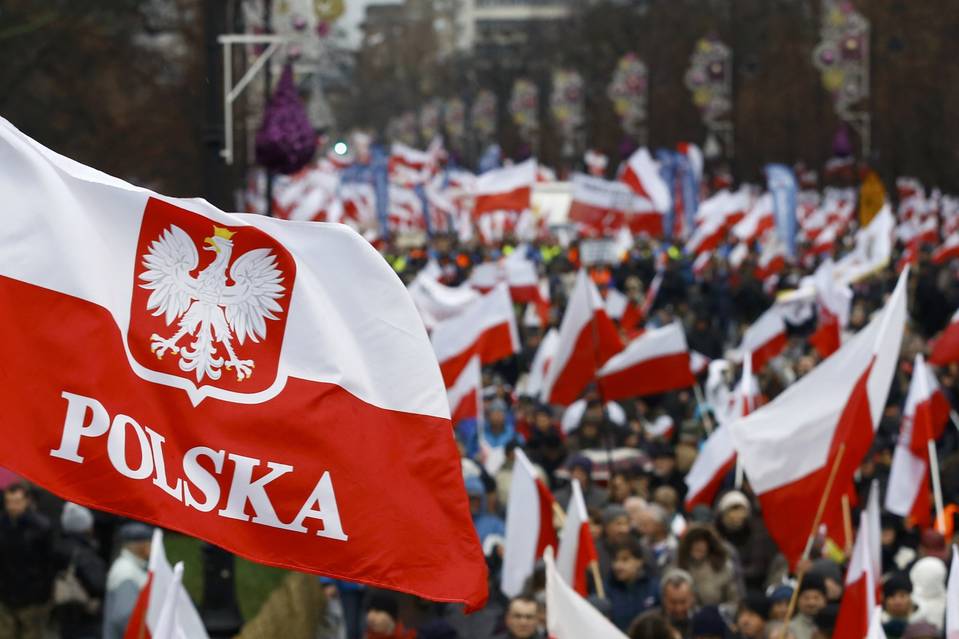 Thousands clogged the streets of Warsaw on Saturday to protest Poland’s governing party. Supporters, pictured, countered with a rally Sunday. (photo credit: Reuters)
<p>Tens of thousands of people held demonstrations here over the weekend after the new populist government moved to&nbsp;install its own judges&nbsp;at the highest court, stirring controversy and antagonizing the opposition.</p><p>A protest against the government was held Saturday by the opposition, which, despite divisions, joined forces and led a demonstration of some 20,000 to 50,000 people, according to various conflicting reports by officials and police.</p>
Read the full article here: Wall Street Journal