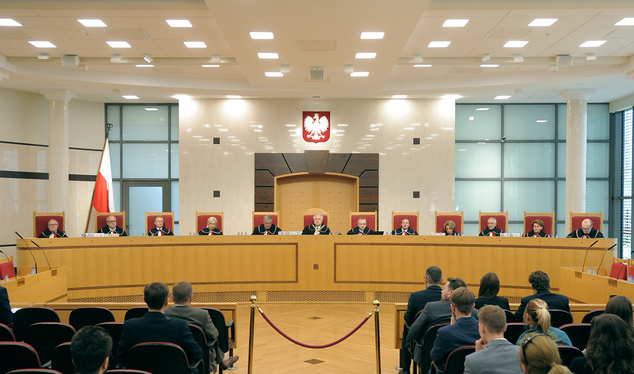 Judges attend a session at the Constitutional Tribunal (photo credit: AP Photo/Alik Keplicz)
<p><span style="line-height: 20.4px;">Poland's constitutional court on Thursday ruled against a set of government reforms aimed at changing how the court works, deepening a months-long constitutional crisis with a verdict the ruling conservatives said they would not implement.</span></p><p><span style="line-height: 20.4px;">The standoff over the reforms and a series of new appointments to the court has hurt investor confidence in eastern Europe's largest economy.&nbsp;</span><span style="line-height: 20.4px;">The EU told the government last month that it had three months to resolve the crisis or face possible sanctions such as a suspension of its voting rights and freezing of its EU funds.</span></p>
Read the full article here: Reuters