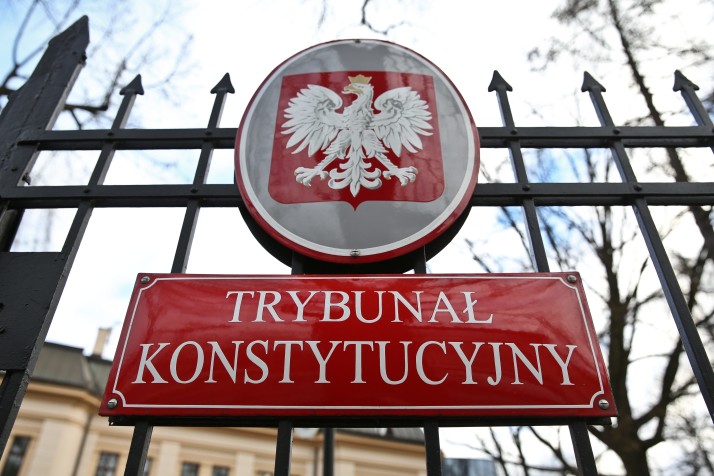 Photo credit: Rafal Guz/EPA
<p>Poland’s ruling conservative Law and Justice (PiS) party has said it wants parliament to start work next week on a new law that would change the way the country’s Constitutional Tribunal works.</p> <p>The tribunal, which decides whether laws passed by parliament are in keeping with the Polish constitution, is at the centre of a bitter political row that has sparked anti-government protests. The EU has criticized Warsaw for lack of progress in resolving a deadlock over the court.</p> <p>Under a new bill proposed by PiS deputies, the tribunal would be required, as a rule, to pass verdicts with a simple majority. But on complicated issues adjudicated by a panel of at least 11 judges, verdicts in some cases would need a two-thirds majority of votes by judges.</p>
Read the full article here: Radio Poland