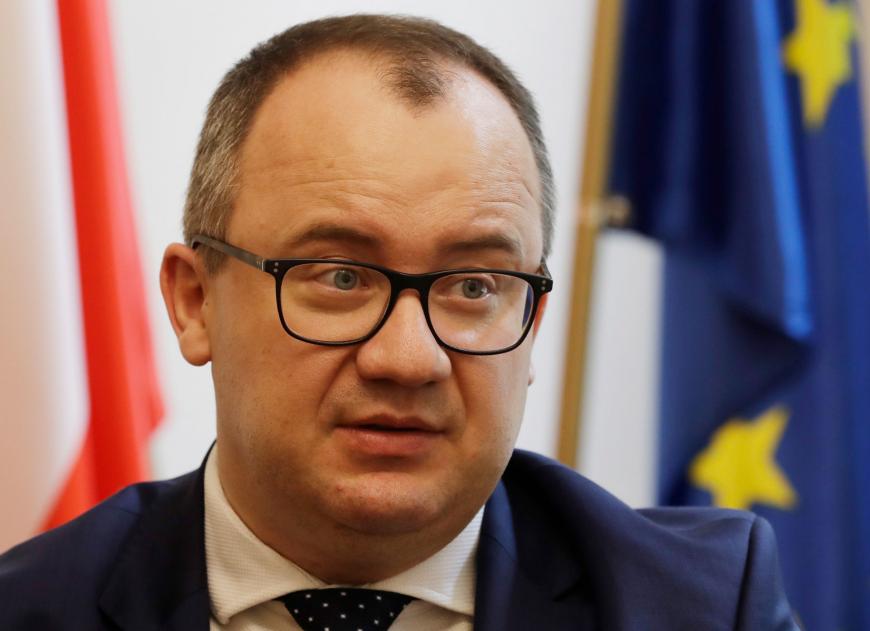 Adam Bodnar, outgoing human rights ombudsman (photo credit: AP Photo/Czarek Sokolowski)
Poland’s Constitutional Tribunal ruled Thursday that the country’s human rights commissioner, or ombudsman, may not continue holding their position after the end of their term until a successor is elected. As a result of the ruling, Adam Bodnar, whose term ended in September, will be removed. He had been appointed with the backing of the parties now forming the opposition. The parliament had been unable to agree on a replacement as the opposition enjoys a majority in the Senate. Ruling party lawmakers asked the tribunal in mid-September to declare Article 3(6) of the Act on the Commissioner for Human Rights unconstitutional. The article reads, “The previous Commissioner fulfils their obligations until taking up the position by the new Commissioner.” The tribunal found the article inconsistent with the constitution.
Read the full article here: Jurist