Police deployed after clashes over federalism plan in Nepal constitution 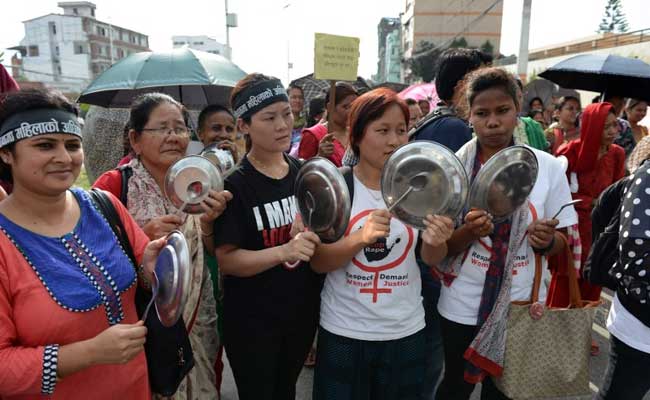 Nepalese activists bang plates and spoons as they take part in a protest demanding equal citizenship rights in the new constitution in Kathmandu on August 10, 2015 [photo credit: AFP]
<p>Nepal sent in hundreds of police reinforcements today to a troubled western region as anger flared over the police killing of two demonstrators during a protest against the new constitution.&nbsp;Schools, shops and factories were closed in the town of Surkhet, the day after the two protesters were killed when police opened fire in a bid to fend off an attack on the home of a local lawmaker.</p><p>&nbsp;</p>
Read the full article here: NDTV