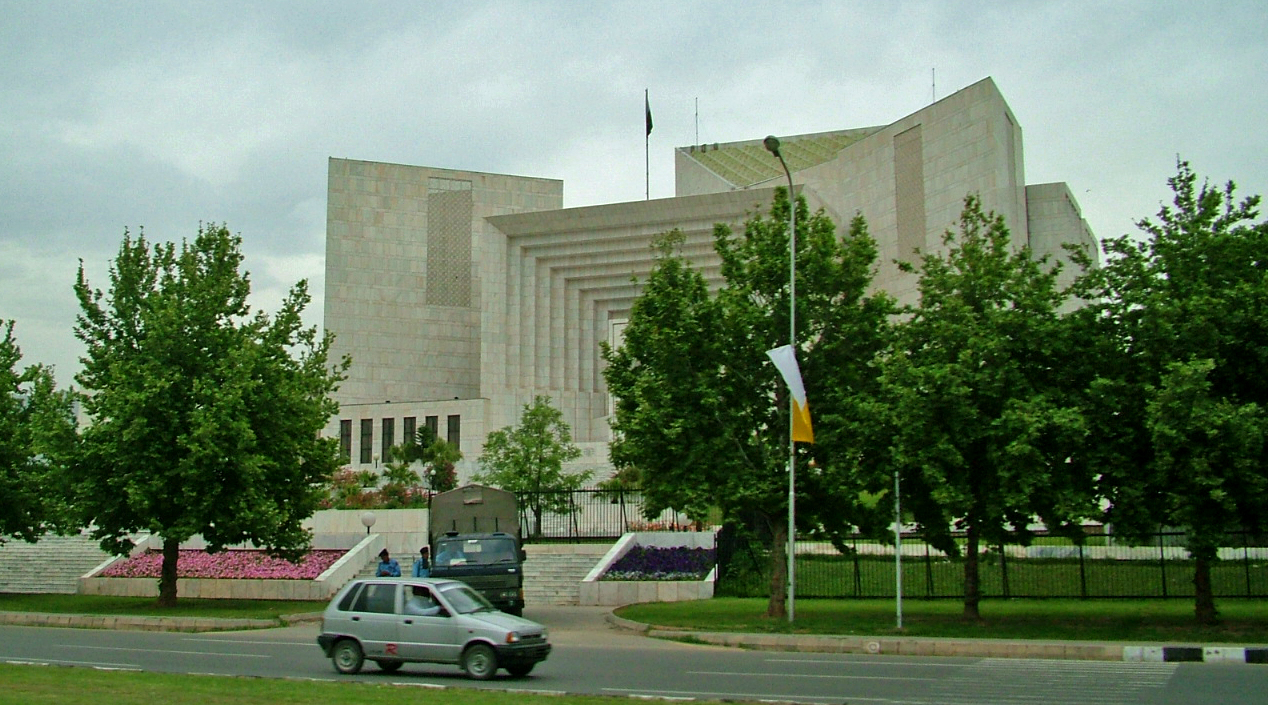 Supreme Court of Pakistan (photo credit: Guilhem Vellut/flickr)
Two separate petitions moved in the apex court seeking a presidential form of government in the country have triggered a debate in the legal community on the possibility of the move being given the nod. [ . . . ] Senior lawyers believe that the move to introduce a presidential system in the country might be shot down by the apex court, which has already declared that the salient features of the Constitution could not be amended and the parliamentary form of government was among them.
Read the full article here: The Express Tribune