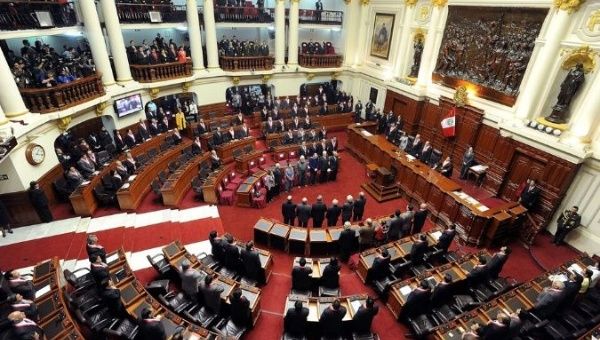 Congress of Peru (photo credit: Peruvian Congress)
Peru's Congress on [6 May] rejected a bill presented by President Pedro Castillo to call a referendum to change the constitution, a campaign promise he had made with the aim of boosting the state's role in the economy. The bill, which would have called for a constitutional assembly to redraft Peru's Constitution of 1993, was rejected by a congressional commission with 11 votes against and six votes in favor. Opponents of the proposal argued that the existing constitution has given Peru stability that underpinned strong economic growth in the last two decades. Castillo, a leftist former school teacher and union leader, has presided over unprecedented political instability since taking office last July, cycling through four separate cabinets and surviving two impeachment attempts.
Read the full article here: Reuters