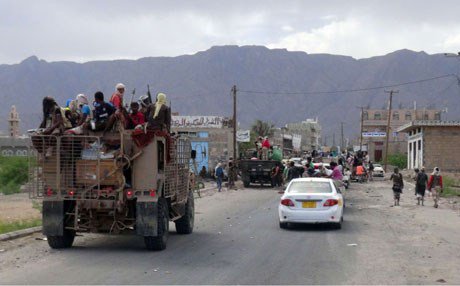 Pro-government forces backed by the Sunni Arab coalition near Loder in south Yemen last week (photo credit: FT)
<p><span style="line-height: 20.4px;">Yemen’s Saudi-based government in exile has agreed to take part in UN-sponsored peace talks with its Shia Houthi rivals, who control much of the western half of the country.</span></p><p class="assankaannotatable">The UN welcomed the move that follows reports that Abd Rabbu Mansour Hadi, Yemen’s president, has softened his position on negotiations. But analysts remain sceptical that an end is in sight to a conflict that has killed more than 2,500 civilians and heightened regional tensions.</p>
Read the full article here: Financial Times