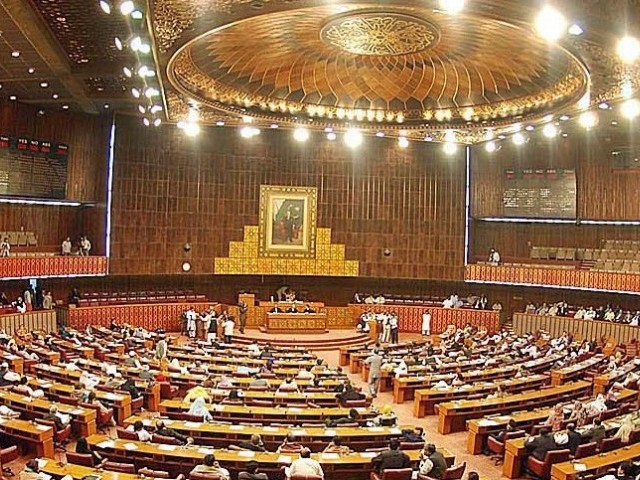 Pakistan Senate [photo credit: APP]
<p>The Senate on Tuesday turned down the opposition’s demand seeking public opinion before passing the bill to amend the Pakistan Army Act 1952 to try terrorists accused in military courts which it said was inconsistent with the recent judgment of the Supreme Court (SC) in the 21st Amendment case.</p>
Read the full article here: The Tribune