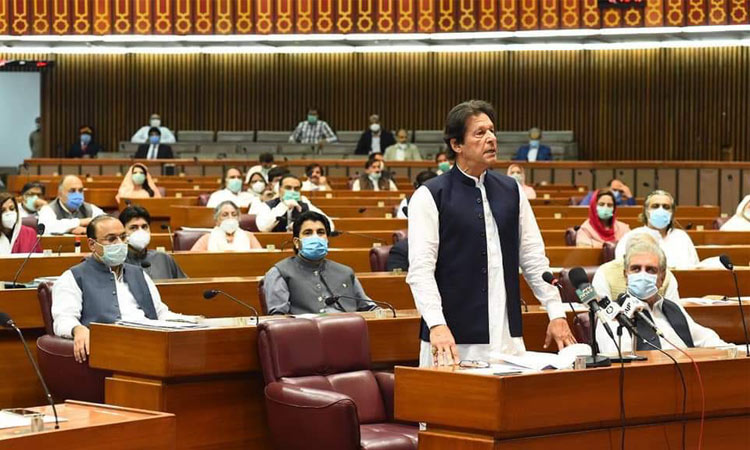 Prime Minister of Pakistan, Imran Khan (photo credit: Gulf Today)
The government and its allies on Wednesday pulled off a victory against the opposition during a joint sitting of parliament by succeeding in passing the bills that pave the way for holding the next general elections in the country through the use of electronic voting machines (EVMs) and giving around nine million overseas Pakistanis the right to cast their votes in the 2023 polls. Surprisingly, the legislation pertaining to the electoral reforms -- The Election (Amendment) Bill, 2021 -- was deferred and only the bills related to using the EVMs and enabling overseas Pakistanis to cast votes were passed. In total, 33 bills were passed in the joint sitting.
Read the full article here: Express Tribune