Op-ed: Thailand's planned constitutional referendum: Unrepresentative of the popular will? 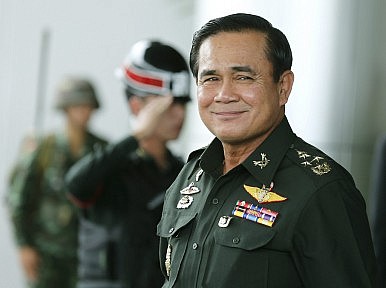 Prime minister and coup-maker General Prayut Chan-o-cha (photo credit: Flickr/Prachatai)
<p>When Thailand votes on August 7 to pass or reject a new constitution, voters will head to the polls knowing that the country’s two dominant political parties are opposed to the military-sponsored draft’s content and spirit. While the ruling junta is actively promoting the draft charter’s hybrid vision of a military-guided democracy, punitive bans imposed on organized opposition, public debate, and free expression before the vote have engendered a climate of fear and raised doubts that the referendum will be a credible expression of the popular will.</p>
Read the full article here: The Diplomat