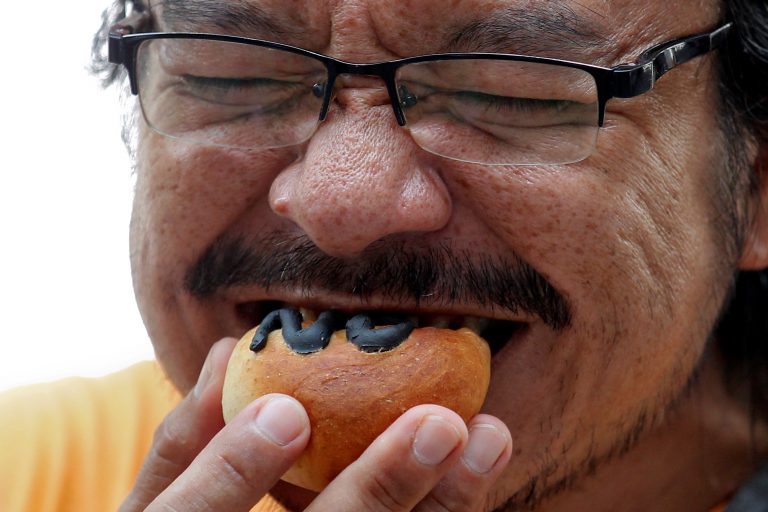 A man eats bread with 'No' written on it during a campaign against the draft constitution (photo credit: Reuters)
<p><span>After some months of uncertainty, a representative from Thailand’s Democrats Party last week declared in a televised seminar that the party would not support the proposed draft constitution in the 7 August referendum. This follows an earlier declaration from the pro-Thaksin Puea Thai party that it also opposed the draft.</span></p><p>The announcement represents a rare moment of agreement between the two rival parties, the Democrats and Puea Thai, which have been at loggerheads since the 2006 coup. The Democrats represent the Bangkok establishment and the southern region, while Puea Thai (and its earlier incarnations) represents the rural and urban working classes, particularly from the north and northeast.</p>
Read the full article here: East Asia Forum