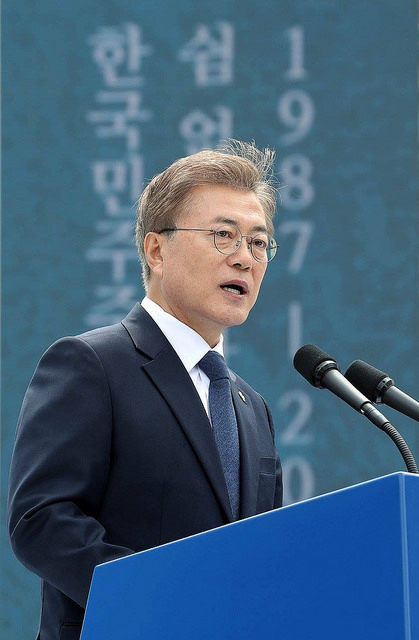 Moon Jae-in, President of South Korea (Photo credit: Flickr)
Doubts are growing over whether the National Assembly could hold a referendum on a constitutional revision in tandem with local elections slated for June next year as the Moon Jae-in government pledged.
Read the full article here: Korea Times