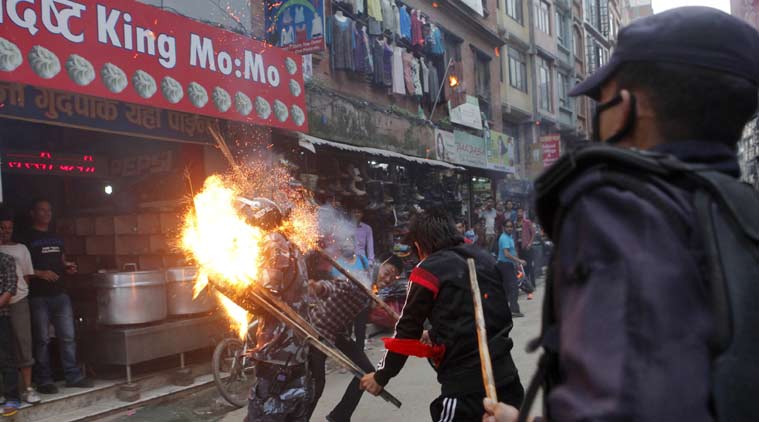 Nepalese protesters hit a policeman with a torch during a rally in Kathmandu, Nepal, Saturday, August 15, 2015 [photo credit: AP]
<p>The frenzied mob that killed eight policemen and wounded scores in Tikapur in Western Nepal’s Kalali district on Monday was demanding Tharuhat, a separate province for the 17 lakh-strong Tharu people — Nepal’s fourth largest indigenous group, more than 50 per cent of whom live in four districts in that part of the country. </p><p>The four major political parties that constitute more than two-thirds of the Constituent Assembly have dropped the initial idea of federating Nepal into 14 provinces, half of them on the basis of ethnicity. Many ethnic communities — there are 103 ethnic groups and as many languages in the country — including the Tharus, are unhappy over being denied what had been promised.</p>
Read the full article here: Indian Express