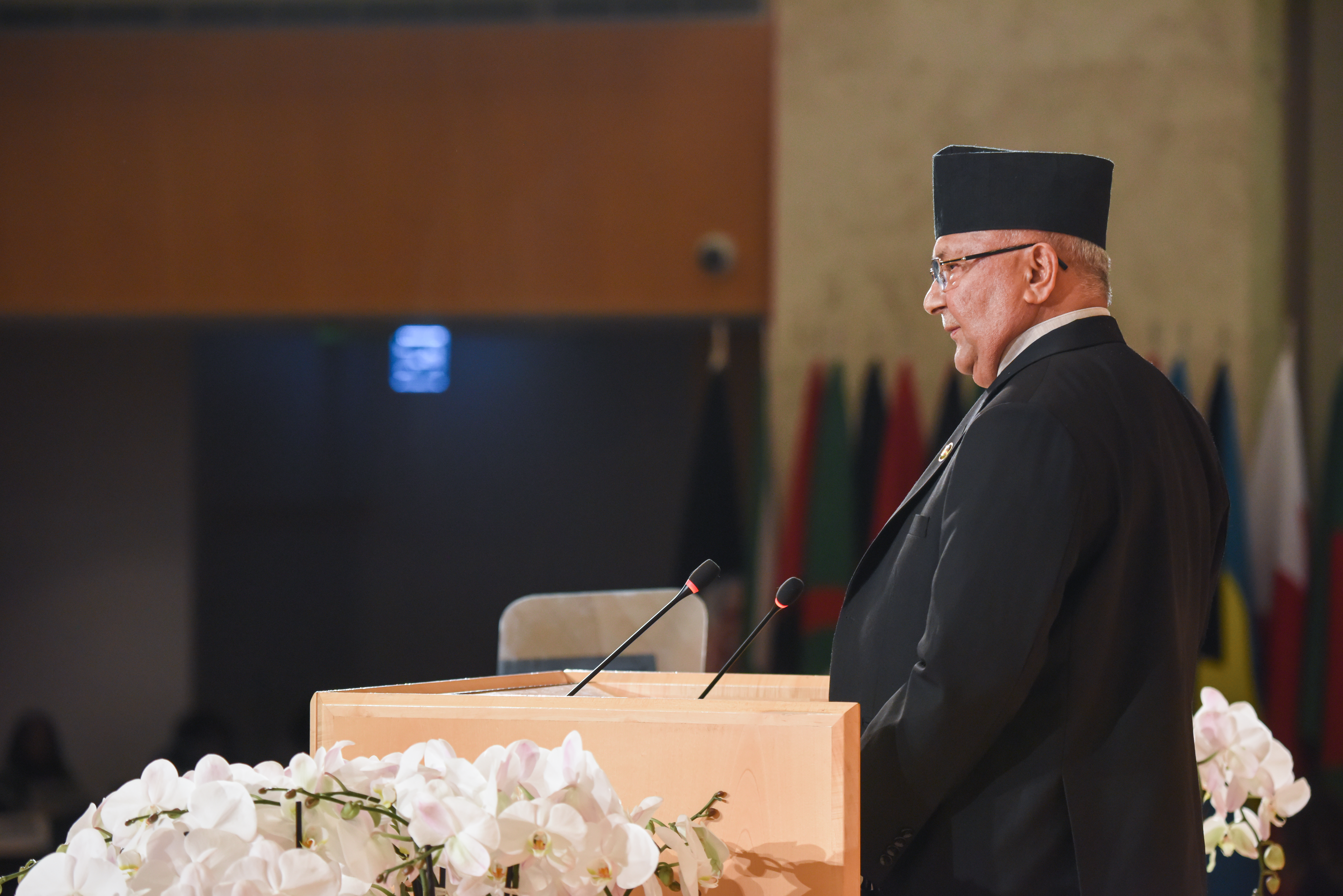 Prime Minister Khadga P. Sharma Oli of Nepal (photo credit: International Labour Organization ILO/flickr)
The current political turmoil in Nepal is the talk of the town everywhere. The focus point, however, is the ongoing high-profile debate in the constitutional bench of the Supreme Court. This is the first time that a five-member constitutional bench has been formed as per Article 137(1) of the Constitution of Nepal to resolve the dispute concerning the legality of the dissolution of the House of Representatives (HoR) by the Prime Minister on December 20, with mid-term elections announced for April 30 and May 10, 2021. [ . . . ] After going through the daily updates of the arguments taking place in the constitutional bench, I feel that one very important Article does not seem to be referred to as much as it should have been in this issue - Article 93 on summoning and prorogation of the session. Article 93(1) clearly indicates that the sessions of the Federal Parliament will be summoned by the President. More importantly, the Article points out that there should not be a gap of more than six months between two consecutive sessions. One has to note that there is no explanation as to whether 'two consecutive sessions' refer to two consecutive sessions within a particular parliamentary term or two consecutive sessions at any point of time.
Read the full article here: The Himalayan Times