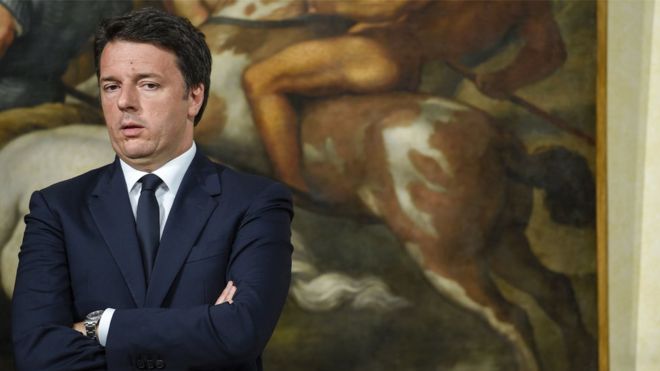 Italian Prime Minster Renzi (photo credit: Getty Images)
<p class="story-body__introduction">The Italian political system is a joke. Quite absurd. Not my judgement but that of the&nbsp;<a class="story-body__link-external" href="http://www.independent.co.uk/news/uk/politics/g20-summit-fish-theresa-may-boat-italy-pm-matteo-renzi-kick-fall-over-a7226166.html">Italian Prime Minister Matteo Renzi</a>.</p><p>Laws are made at a snail's pace and there have been 63 governments since the war, many lasting just a few months.&nbsp;<a class="story-body__link-external" href="https://www.theguardian.com/world/2016/aug/06/matteo-renzi-italy-referendum-banks-brexit">That's why he's called a referendum</a>&nbsp;to streamline the whole system, and give more power, to, yes, you've guessed it, the prime minister.</p>
Read the full article here: BBC