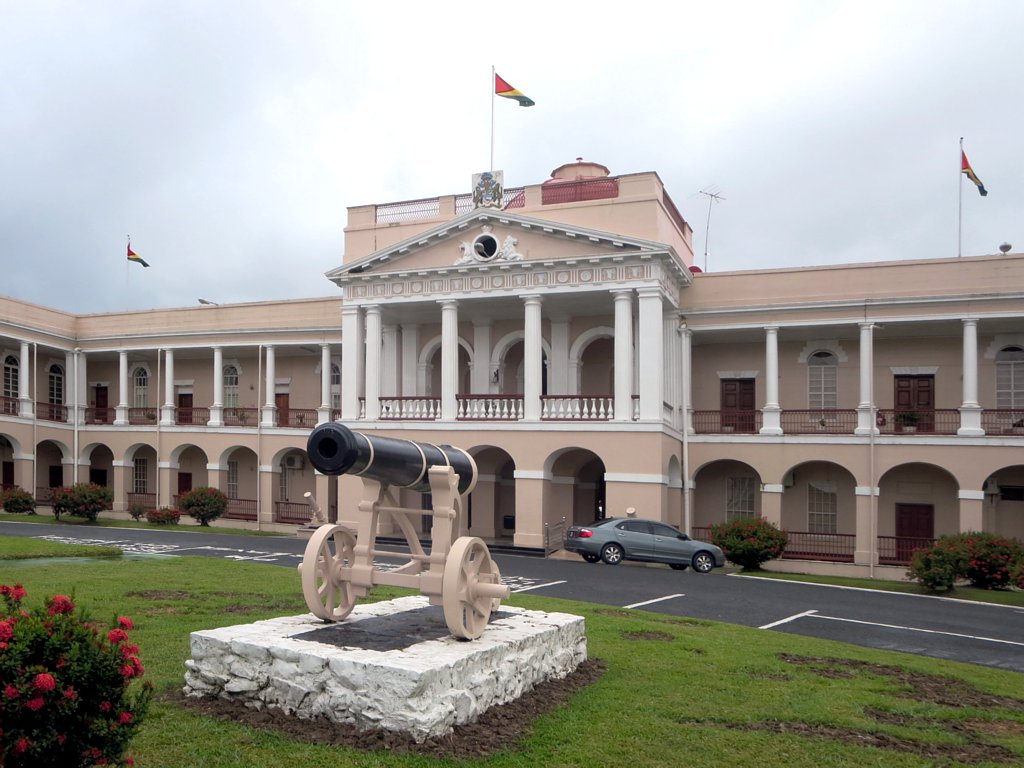 Parliament of Guyana (photo credit: David Stanley/flickr)
Guyana is supposed to be a parliamentary democracy. Since the introduction of a presidential system in 1980, however, power has become concentrated in the hands of the head of state, and every president from Burnham onwards has made no moves to mitigate that. It is true that ultimately restricting presidential power will depend on constitutional reform for which neither of the two major parties has hitherto shown any appetite, but the various presidents themselves by their actions tended to reinforce the popular perception that they were maximum leaders, independent of what went on in Parliament. [ . . . ] It was the introduction of parliamentary committees which marked an important step towards making Parliament more meaningful.
Read the full article here: Stabroek News