Op-ed: Could an independence referendum on Catalonia actually happen? 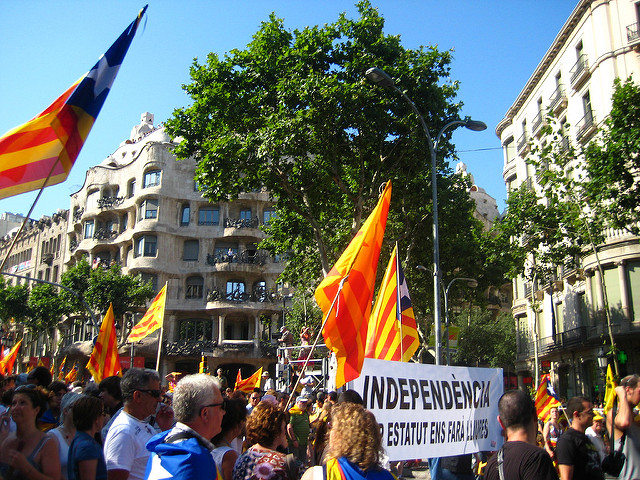 Photo credit: Flickr
On June 9, the Catalan premier, Carles Puigdemont, announced the date and question of his government’s promised referendum on Catalonia’s future relation with Spain. The pro-independence premier said that the referendum would be held on October 1 and that Catalans would be asked to respond to the question: “Do you want Catalonia to become an independent state in the form of a republic?”. It has still not been determined whether the independence referendum can actually happen and what are main barriers to it- are they mainly constitutional or also political.
Read the full article here: Green Left