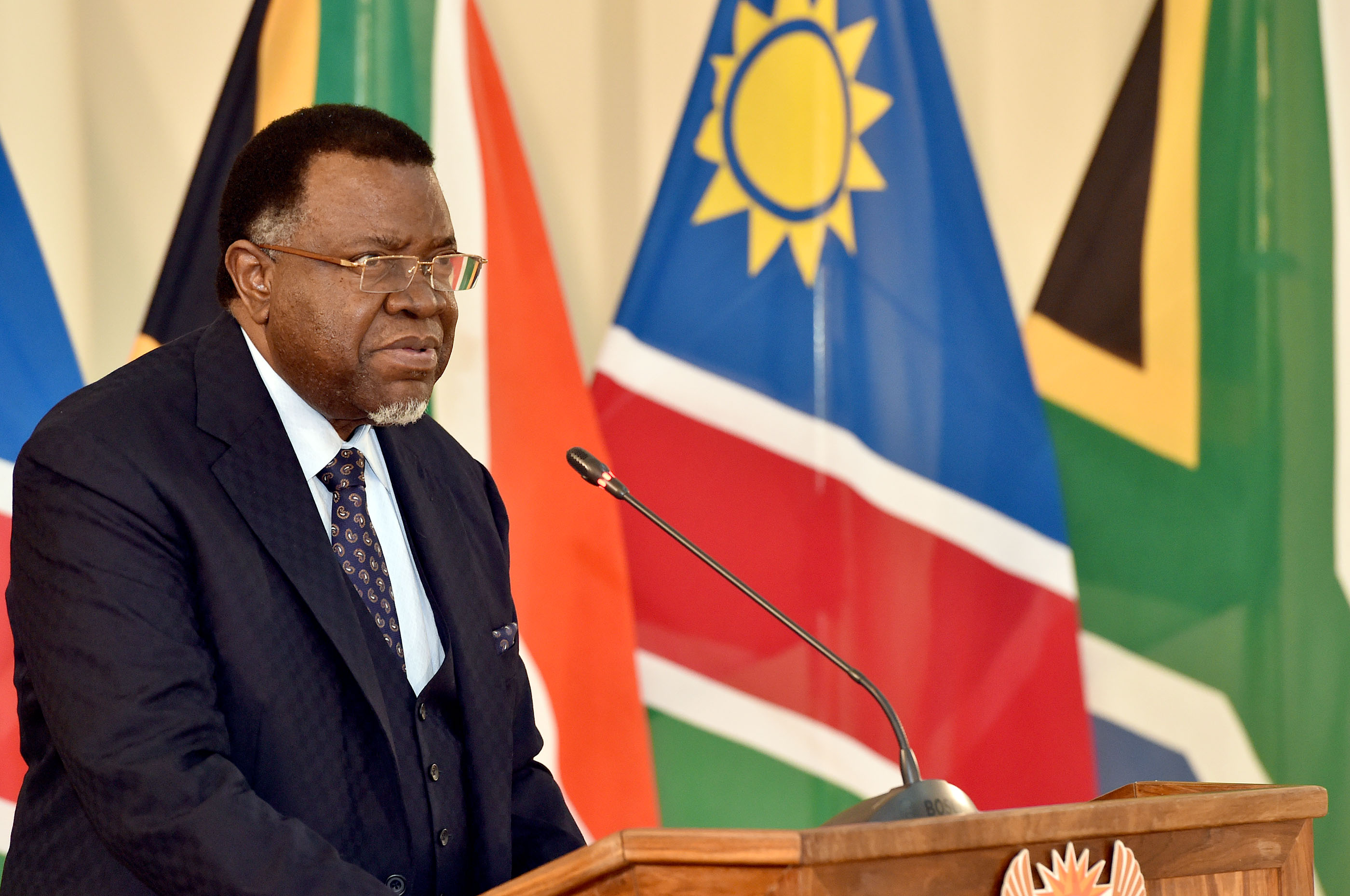 President Hage Geingob of Namibia (GovernmentZA/flickr)
Namibian elections have experienced increasing voter apathy, particularly during the regional council and local authority elections. Statistics by the Electoral Commission of Namibia show that on average, only half of the registered voters in contested constituencies voted during the previous general elections for regional councils. [ . . . ] The low voter turnout during the regional council and local authority elections is an indication of the little significance voters bestow upon subnational government. This, together with other possible factors such as alienating election manifestos, a lack of unique selling points by political parties and candidates, a lack of confidence in election candidates and overwhelming choices, affects the quality of election outcomes. The Namibian constitution provides for the establishment of regional councils and local authorities to empower communities to make decisions on matters that directly affect their lives, within the limits of a unitary state and its laws.
Read the full article here: New Era