One-step back for indigenous recognition in Australia: But it’s not over yet 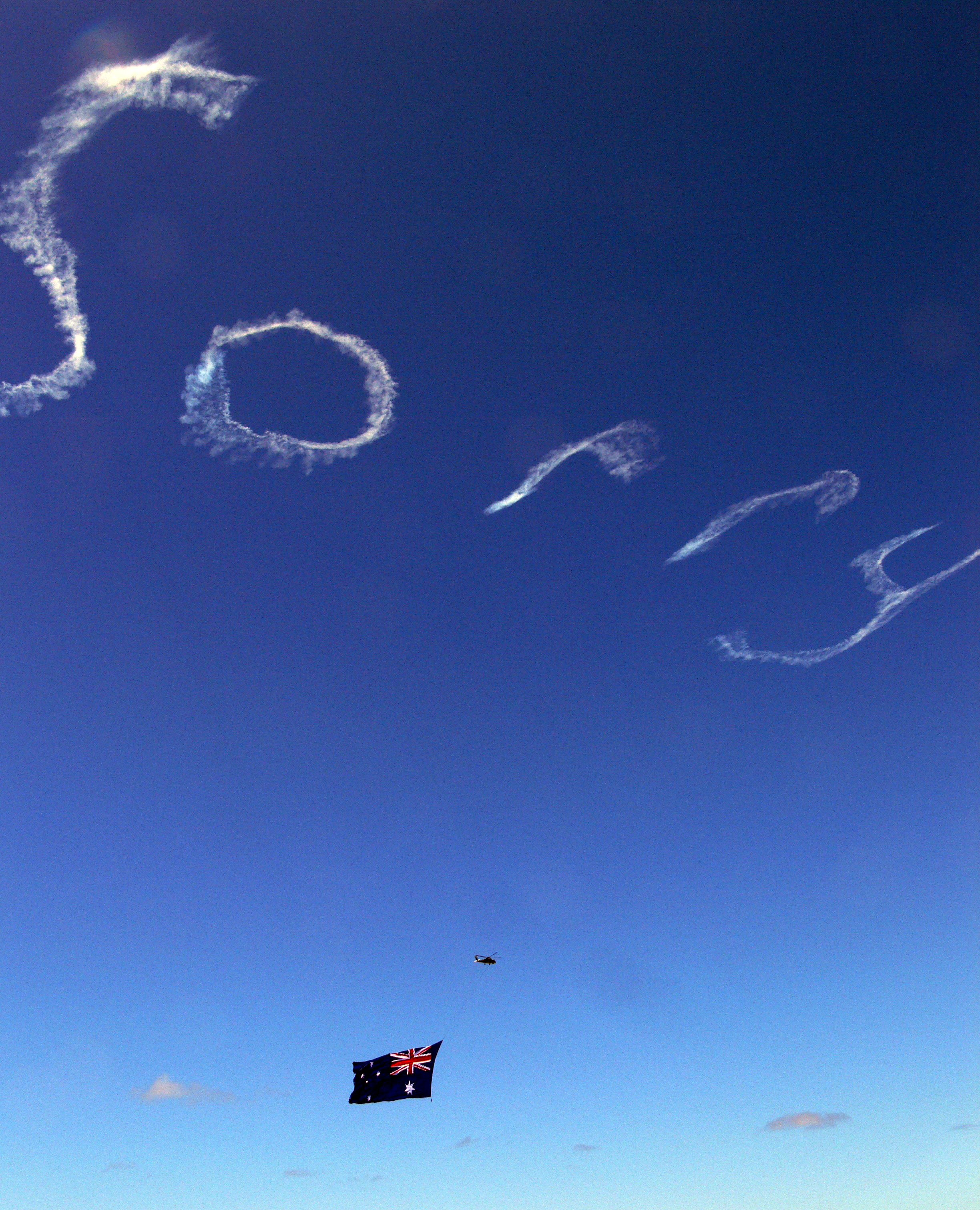 The rejection of the proposed advisory Indigenous Voice to the Parliament affirms the difficulty of achieving constitutional changes that are driven by the interests or concerns of a small minority of the population where the procedures for change are heavily majoritarian. Nevertheless, the rejection may be a reflection of the volatility in current Australian politics, instead of popular resistance. Proponents should take the debate outside formal federal political circles to encourage public debate and acceptance – writes Professor Cheryl Saunders.

On 26 October, the Australian Government rejected the recommendation of the Referendum Council to amend the Constitution by providing for the establishment of an advisory Indigenous body as a ‘Voice’ to the Parliament about laws and policies that affect Indigenous peoples. This recommendation, in turn, was one of the three requirements for recognition, and the only one involving constitutional change, put forward in May 2017 by the First Nations Constitutional Convention at Uluru. The Statement from the Heart, adopted by acclamation at Uluru, also sought a Makarrata Commission to supervise agreement making with governments and a truth-telling process. The Government’s attitude to these proposals remains unclear.

This article outlines these developments, puts them in context and reflects on the insights that might be drawn from them, for constitution building generally and for the constitutional position of Indigenous peoples in particular. A brief conclusion notes that, depressing as it is, this rejection is unlikely to be the end of the story.

The current phase of the debate on Indigenous constitutional recognition in Australia dates from 2006, when it was kick-started by an incumbent government during an election campaign. Over the following years, two government sponsored inquiries, an Expert Panel and a Parliamentary Joint Select Committee, identified a range of possible options for Indigenous recognition, but without clearly preferring a particular one. These options ranged from purely symbolic forms of acknowledgement; to removal or alteration of the ‘race’ clauses in sections 25 and 51(xxvi); to insertion into the Constitution of an anti-discrimination clause; to provision for an Indigenous ‘Voice’.

Concern to identify proposals that might be accepted at referendum trumped consideration of what Indigenous ‘recognition’ might involve.

Both inquiries were conscious of the difficulty of formal constitutional change in Australia, which requires a Constitution Alteration bill to be passed by the Parliament and accepted at referendum by a majority of voters and by a majority of voters in a majority of States. With hindsight, concern to identify proposals that might be accepted at referendum trumped consideration of what Indigenous ‘recognition’ might involve. To complicate the issue further, some Indigenous groups actively opposed constitutional recognition, either on the ground that it was symbolic and would make no substantive difference or on the ground that a treaty-making process was more appropriate. As debate proceeded, moreover, this latter option became a real alternative, at least for some, as State governments in Victoria and South Australia initiated treaty processes with Indigenous groups in their states.

Finally, in 2015, the Prime Minister and the Leader of the Opposition established a Referendum Council to report on options for finalising a proposal, in the light of public consultations, including ‘Indigenous designed and led’ consultations. To this end, the Council established a series of 12 First Nations Regional Dialogues to evaluate and prioritise the options for recognition. The Dialogues culminated in a National Convention, at Uluru, which issued the Statement from the Heart, including a recommendation to amend the Constitution to provide for an Indigenous ‘Voice’ to the Parliament. The Statement informed the Referendum Council’s advice to political leaders, in its final report on 30 June.

The government’s response was long delayed and when it finally came it was negative. On behalf of the government, the Prime Minister rejected the recommendation for the ‘Voice’, on grounds of both pragmatism and principle. In pragmatic terms, the proposal was judged to have ‘no realistic prospect’ of success. In terms of principle, it was equated, incorrectly, with the establishment of a ‘third chamber of Parliament’ and rejected as inconsistent with what it described as the ‘equal civic rights’ of all Australians.  Rejection on these bases was not merely a disappointment in the short term. More seriously still, it has the potential to cause longer-term damage to attempts by others to give effect to the vision of Uluru.

Majorities, minorities and the hurdles of politics as usual

On one view, these developments in Australia are a classic case of the difficulty of achieving constitutional changes that are driven by the interests or concerns of a small minority of the population where the procedures for change are heavily majoritarian. In Australia, the difficulty is exacerbated by the poor record of successful change: only 8 out of 44 referendums have been accepted since federation in 1901 and none since 1977.

This consideration has dogged the debate on Indigenous recognition from the outset. Concern that the referendum proposal might be rejected drove the choice of options in the first place, caused the proposal for an anti-discrimination clause to, effectively, be dropped and helped to tilt the political scales in favour of minimalist options. At least until the First Nations Dialogues took place, there was no perception that the cost of minimalism might be a proposal that was not acceptable to those for whom it was designed, leading to a more profound type of failure, even if the referendum passed.  The explanation given by the government for rejecting the Referendum Council’s recommendation also relied, at least in part, on an assessment of the likely referendum outcome. The implicit assumption that other forms of ‘recognition’ could be found that, in the government’s view, would surmount the referendum hurdle downplays the need for any change to be meaningful to the Indigenous minority.

The idea of an Indigenous representative body advising the Parliament on Indigenous affairs involves relatively modest change to the Australian Constitution and fits well with its distinctively institutional design.

At least for the moment, however, the real difficulty seems to be the parliamentary process, rather than the referendum requirement. Indigenous Australians are well aware of the difficulty of constitutional change and took it into account as a relevant factor in all their deliberations. The proposal for a Voice had been tested with conservative commentators before the Dialogues took place and had met with widespread support. This is not particularly surprising: the idea of an Indigenous representative body advising the Parliament on Indigenous affairs involves relatively modest change to the Australian Constitution and fits well with its distinctively institutional design.  Survey results in October, after the government’s rejection, suggested relatively high levels of public support for a constitutional change of this kind. The government’s reaction is at least in part a reflection of its slender majority in Parliament, deep ideological divisions within the government, including the back-bench and an ever-present threat of a leadership challenge. The immediate impediment to constitutional change is the mundane business of politics as usual, for which the referendum hurdle serves as an excuse.

As the project for Indigenous constitutional recognition has evolved, it has become clear that it goes to the very heart of the foundation of the Australian state. It may be of interest to the readers of ConstitutionNet for this reason as well. Unlike most so-called settler states, there is considerable ambiguity over the basis on which sovereignty over Australia was claimed and retained by the British Crown from 1770. The territory that is now Australia was neither formally conquered nor ceded. As a result, there was no formal arrangement whereby sovereignty either passed from Indigenous peoples or was shared with the new arrivals. In time, the status quo was rationalised as ‘settlement’ on the fictional assumption of ‘terra nullius’. The subsequent history of relations between Indigenous peoples and the Australian state has been variously characterised by dispossession, exclusion, attempted assimilation and policy failures as mainstream institutions grapple with needs that they cannot fully understand.

There is no undoing the achievement of Uluru and the insights that it offers into what recognition means, what it could achieve and why it is necessary.

This background feeds into Indigenous recognition in the following ways.  It highlights the opportunity that recognition offers, if the Statement from the Heart is implemented effectively. It explains the importance of all three proposals: Voice, treaty and truth-telling. At the same time, however, it complicated Indigenous attitudes to constitutional recognition, in case support were construed as formally ceding sovereignty, inadvertently and with relatively little in return. This consideration will continue to be relevant as debate continues. This background also explains how and why Indigenous and non-Indigenous Australians might have very different world views about what is at stake in Indigenous recognition, including the moral status of the Australian Constitution. It is useful and necessary for any constitution building project to understand such differences: the debate so far has served this purpose, at least.

These is no doubt that the government’s rejection of the Referendum Council’s recommendation, including the terms of the rejection, is a major set-back for Indigenous constitutional recognition. It was greeted with anger and incomprehension by many Indigenous and non-Indigenous Australians alike.

Frustrating though it is, there may be value in delay.

On the other hand, there is no undoing the achievement of Uluru and the insights that it offers into what recognition means, what it could achieve and why it is necessary. The present volatility of Australian politics, moreover, casts doubt on whether the current government and Parliament could successfully implement the Uluru recommendations, even if they were minded to do so. In addition, the Government is likely to be preoccupied by other issues between now and the end of the year, some of which also are constitutional in kind. These include the pending legislative response to the yes vote in the same sex marriage survey and further fall-out from the astonishingly large numbers of MPs who are disqualified from Parliament because they are dual citizens.

Frustrating though it is, there may be value in delay. Meanwhile, there is much to be said for taking the debate outside formal federal political circles; this is, indeed, the story of the successful referendum in 1967 that removed exclusionary references to Indigenous peoples from the Constitution. Steps that might usefully be taken during this interim period include treaty making at the local and State or territory levels and release of draft constitutional amendments and legislation to give effect to the ‘Voice’ as bases for an inclusive, informed public debate.

Cheryl Saunders is professor emeritus of public law at Melbourne Law School, and co-convener of the Constitution Transformation Network.