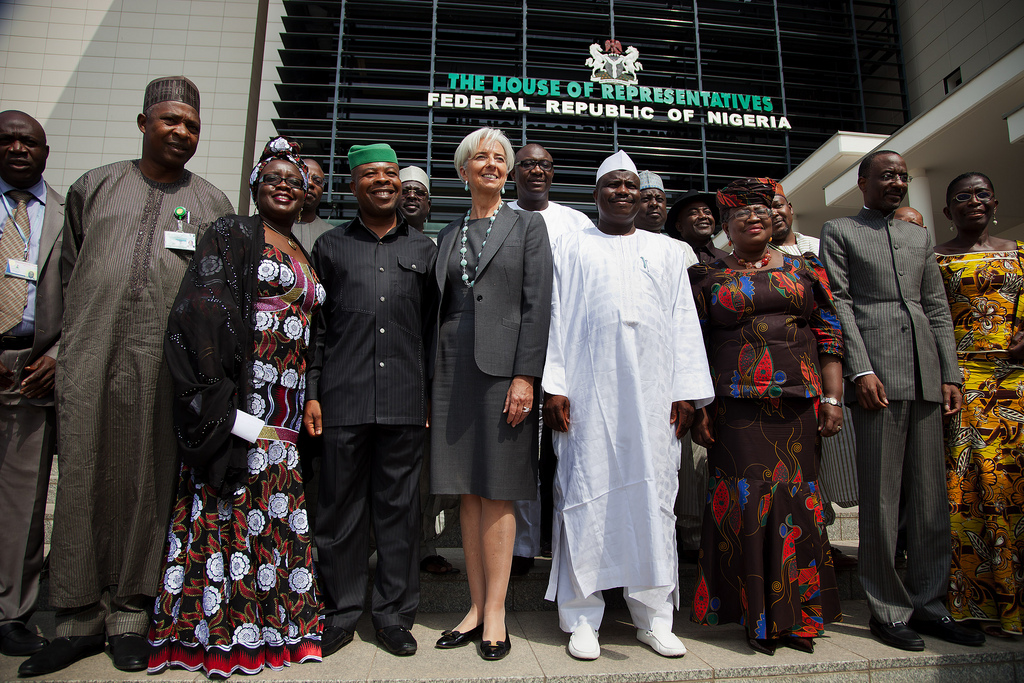 photo credit: International Monetary Fund/flickr
A bill to amend the 1999 Constitution of Nigeria to reintroduce a parliamentary system of government has passed first reading in the House of Representatives. The bill sponsored by 71 members seeks to change the system of government from presidential to parliamentary where the government will be run by the parliament. One of the major differences between these two systems is that in a presidential system, the president is directly voted into power by the people while in a parliamentary system, the legislature is supreme and elects a prime minister from among members of parliament as head of government. There is also no clear separation of powers in the system between the legislature and the executive as the ministers are also appointed from parliarment. Nigeria practised the British-styled “Westminster” parliamentary system until the collapse of the First Republic on January 15, 1966 when the military took power. The 1979 Constitution introduced the country to the US-styled presidential system of government, with framers of the constitution largely citing the tensions and acrimonious politics of the First Republic as reasons.
Read the full article here: Premium Times