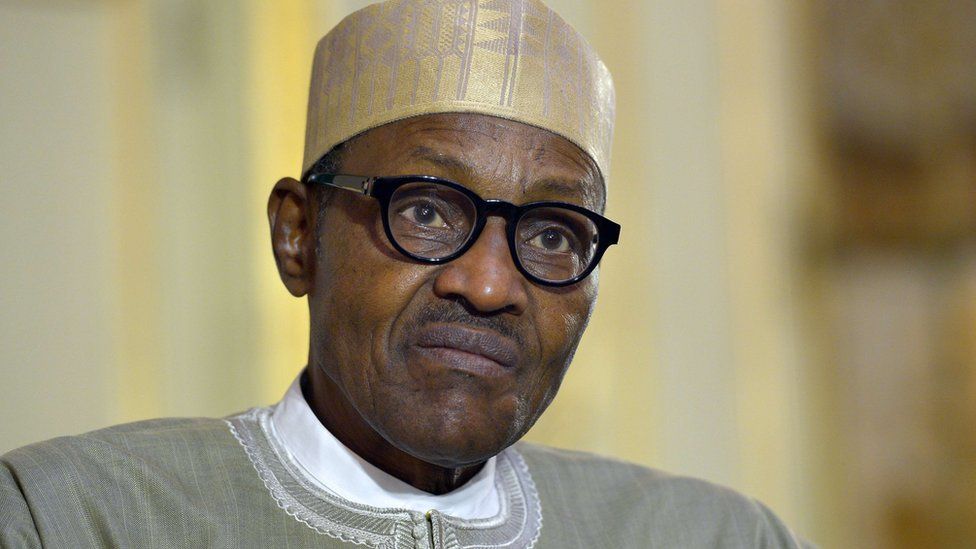 President of Nigeria, Muhammadu Buhari (photo credit: AFP)
Nigeria President Muhammadu Buhari has declined assent to the Electoral Act Amendment Bill. Buhari announced his decision in a letter to the National Assembly where he cited several reasons for declining assent to the electoral act ammendment. President Buhari’s letter was read on Tuesday’s plenary session at the Senate and the House of Representatives. Buhari noted that the mandatory use of direct primaries for all political parties in the country will be too expensive to execute, saying that it will put a financial burden on Nigeria’s slim resources. He said that conducting direct primary elections will be tasking, explaining that since such mode of election means a large turnout of voters, the move would stretch the security agencies. Buhari also expressed fears that the proposed mandatory use of direct primaries will amount to the violation of citizens’ rights will be violated and will lead to marginalisation for smaller political parties. [...] The Senate has entered into a closed-door session to deliberate on Buhari’s decision to decline assent to the electoral amendment bill. Although Buhari’s reasons to decline assent are largely focused on the clause that proposes mandatory use of primary elections, Rivers State governor Nyesom Wike, however, said the president is insincere. Wike like several critics, said Buhari did not assent to the bill due to his fears over the electronic transmission of results clause.
Read the full article here: The Guardian, Nigeria