New Thai Constitution to be Enacted by 4 September 2015 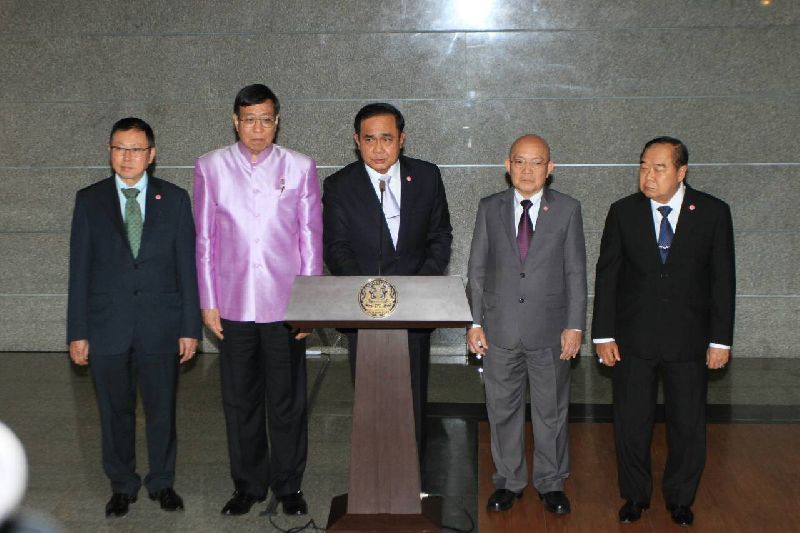 Leaders of the "Five Rivers" i.e. five governing bodies (the Constitution Drafting Committee (CDC), the National Legislative Assembly (NLA), the National Reform Council (NRC), the Cabinet, and the junta itself) 11 March 2015 (photo credit: Thai Visa News)
<p><span>Thailand's 20th constitution will be inaugurated by His Majesty the King on 4 September 2015, government officials announced on Wednesday.</span></p><p><span>"The procedure will be completed by&nbsp;25 May, upon which time the Constitution Drafting Committee will see whether there should be any amendments based on proposals from relevant agencies," said Visanu Kruengam, deputy Prime Minister. "It has been agreed that the final date that the Constitution will be submitted to the King on&nbsp;4 September."</span></p><p><span>Per tradition, constitutions in Thailand are "signed" and enacted by His Majesty the King.&nbsp;</span></p>
Read the full article here: Khaosod English