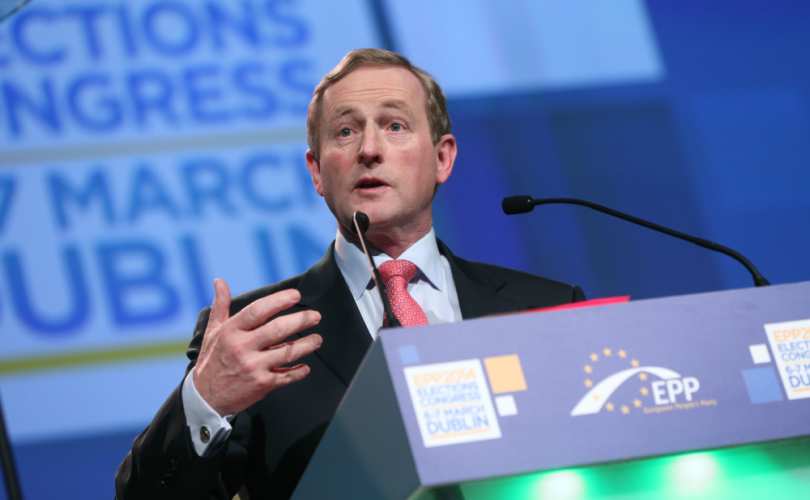 Irish Prime Minister Enda Kenny (photo credit: Life Site)
<p>Newly-re-elected Irish Prime Minister Enda Kenny has passed on the potentially divisive issue of amending the country’s near-ban on abortion to a “citizens assembly” that will draft legislation for the Dail, or Parliament, to vote on.</p><p>But Niamh Ui Bhriain, spokesman for the Life Institute, said the Irish people are far more concerned with the economy and housing issues, and pointed to an exhaustive exit poll conducted by RTE, the national broadcaster, on the day of the general election. “Where do Fine Gael’s priorities lie?” she asked in a statement, referring to Kenny’s party. “With the people or with the extremist abortion campaigners who treat human life—and women hurt by abortion—like trash?”</p>
Read the full article here: Life Site