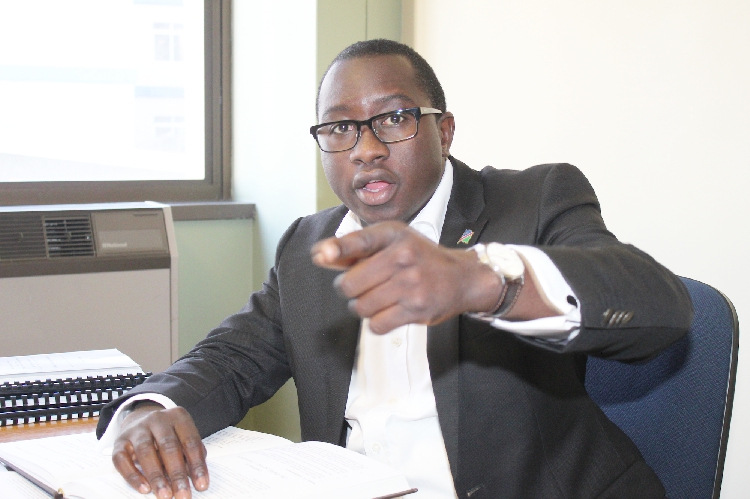 Attorney General Sacky Shanghala (photo credit: The Namibian)
<p><b>CABINET blocked attorney general Sacky Shanghala's bid to push for a constitutional change regarding the issue of citizenship after the government lost a Supreme Court case last month.</b></p><p>Shanghala admitted proposing to change the Namibian Constitution when the Supreme Court ruled that the son of two Dutch citizens, who have been living in Namibia for the past 10 years, qualifies for citizenship by birth.&nbsp;That citizenship right is based on an article in the Constitution which states that a child born in Namibia to non-Namibian parents who are ordinarily resident in the country, is a Namibian citizen by birth.</p>
Read the full article here: The Namibian