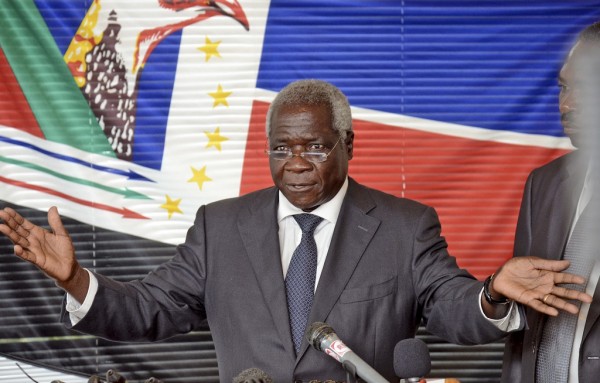 Renamo leader Afonso Dhlakama (Photo credit: EPA)
<p>The joint commission set up by Mozambican President Filipe Nyusi and by the leader of the Renamo rebels Afonso Dhlakama has&nbsp;<a target="_blank" href="https://www.enca.com/africa/sa-high-commissioner-says-mozambique-regional-problems-can-be-solved">reached an agreement in principle</a>&nbsp;on a package of decentralisation, including the appointment of several provincial governors from Renamo.</p><p>The joint commission met on Monday and announced that “legal mechanisms should be found for the provisional appointment of provincial governors from Renamo as quickly as possible”.&nbsp;<span style="line-height: 20.4px;">Under the current constitution the only possible legal mechanism would be for Renamo to submit names to Nyusi who would then appoint them as governors.</span></p>
Read the full article here: ENCA