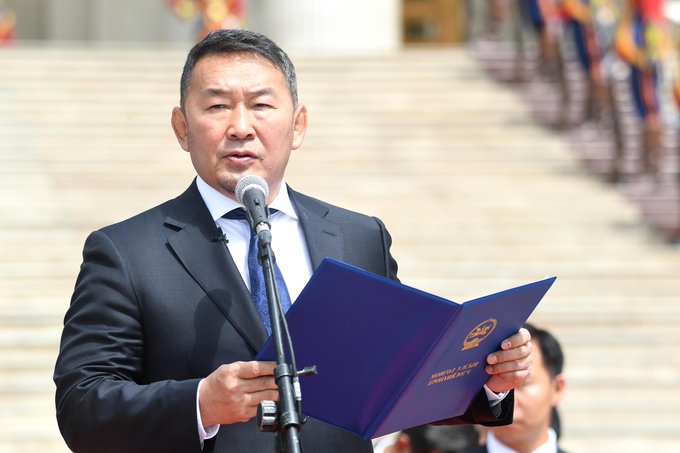 President Battulga Khaltmaa of Mongolia (photo credit: EEF)
On April 18, President Battulga Khaltmaa issued a decree to dissolve the Mongolian People’s Party (MPP). The MPP currently holds a parliamentary supermajority and successfully amended the Constitution in 2019 to significantly check presidential powers. The presidential decree included specific accusations against Khurelsukh Ukhnaa, whom it is widely believed will be the MPP candidate for the imminent presidential elections. Battulga belongs to the Democratic Party, the main rival to the MPP. [...] Battulga’s move follows the decision of the Constitutional Court on April 16 that countered his claims that he should be able to run in the upcoming presidential elections of June 2021, despite a constitutional amendment in effect stating that presidents may hold only one term.
Read the full article here: The Diplomat