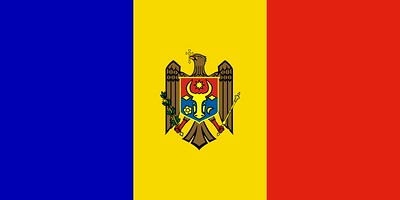 Flag of Moldova (photo credit: Jakob Breivik Grimstveit/flickr)
Moldova’s Foreign Ministry asked the Central Electoral Commission, CEC on Tuesday to increase the number of polling stations abroad for the early parliamentary elections scheduled for July 11. “The MFA proposed to the CEC to open of a larger number of polling stations abroad. However, the decision belongs exclusively to the CEC,” interim Prime Minister and Foreign Minister Aureliu Ciocoi told a press conference. Ciocoi added that the number of polling stations abroad could not be lower than in the 2020 presidential elections. “There were voting stations where more than 5,000 people voted and where ballots ran out,” he said. In presidential elections in November 2020, Moldovan citizens formed huge queues to vote across all the major cities in Europe. About one million Moldovans live abroad. [...] Opening additional polling stations in Europe and the US is likely to benefit pro-European parties, especially the Action and Solidarity Party, the former party of President Maia Sandu.
Read the full article here: Balkan Insight