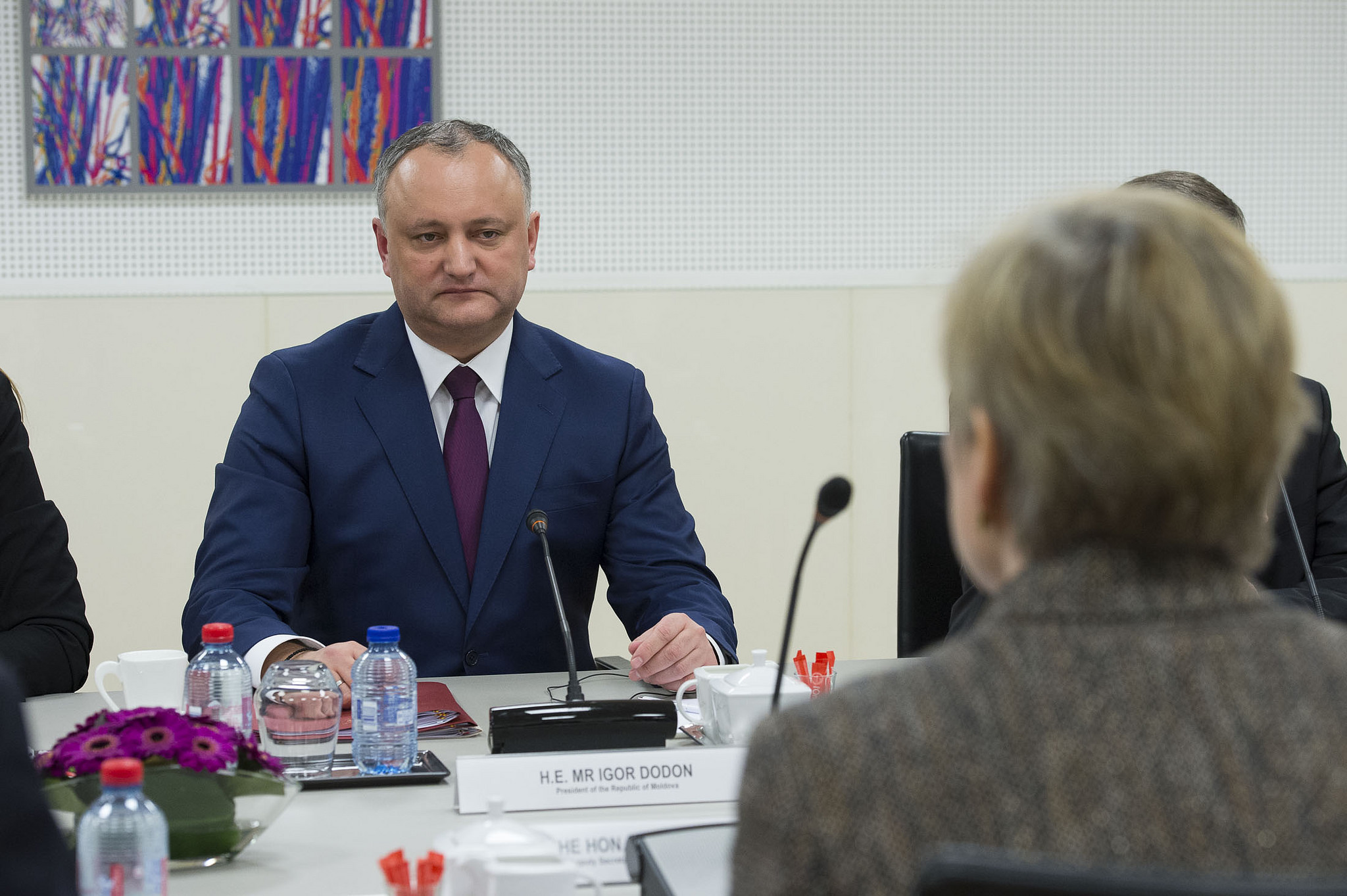 photo credit: NATO North Atlantic Treaty Organization/flickr
The arbiters of the Constitution Court who pass unlawful rulings and the politicians standing behind their backs will be brought to liability for their actions one day or another, Moldova’s President Igor Dodon said on Monday in the wake of a ruling by the court to declare him incapable of performing the presidential duties. . . . The Democratic Party of Moldova, which controls the national parliament and the cabinet of ministers, made public the appointment of two candidates to vacant ministerial positions last week. It appointed Nicolae Ciubuc to the post of Agriculture Minister and Silvia Radu, to the post of minister of healthcare, labor and social security. Dodon endorsed the resignations of previous ministers but refused to approve the new appointments saying the candidates did not meet requirements of the law on state positions and the status of civil servants. Prime Minister Pavel Filip refused to discuss other candidacies, however, and a group of Democratic Party MPs filed a petition against Dodon with the Constitution Court.
Read the full article here: Tass Russian News Agency