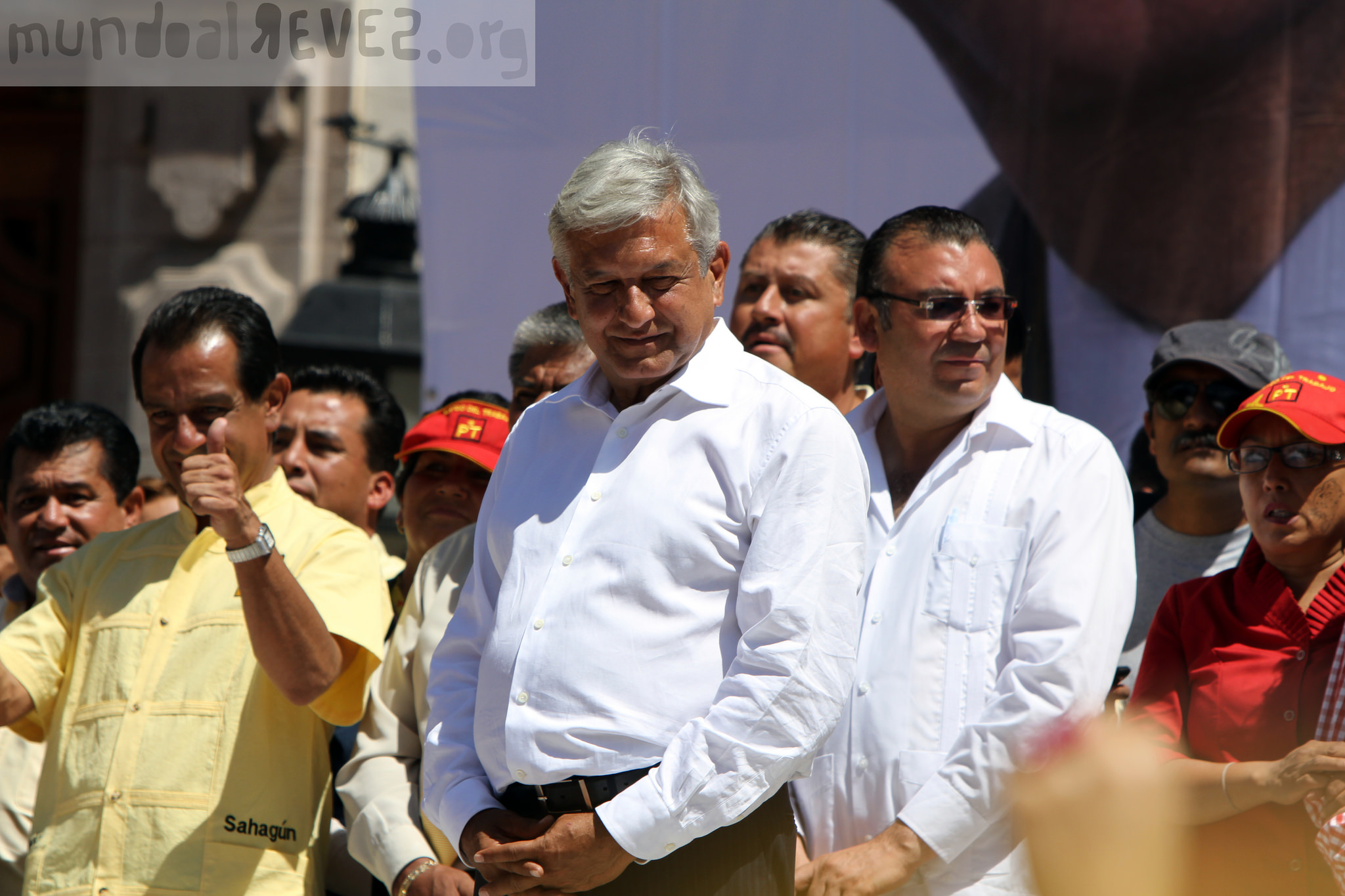 photo credit: Mundo al Revés/flickr
Lawmakers from Mexican president-elect Andres Manuel Lopez Obrador’s party submitted a constitutional reform bill on Thursday that would allow for a referendum to cut short the six-year presidential term, a promise he made on the campaign trail.“Mexican society has historically suffered from the impossibility of demanding accountability from the head of the executive branch,” said the bill. “The essential foundation of being able to repeal the (presidential) mandate is not only that citizens have greater elements of participation in government, but also the inescapable recognition that sovereignty stems from the will of the people,” it added.
Read the full article here: Reuters