The making of a Constitution: a look back at Tunisia's thorny consensus-building process 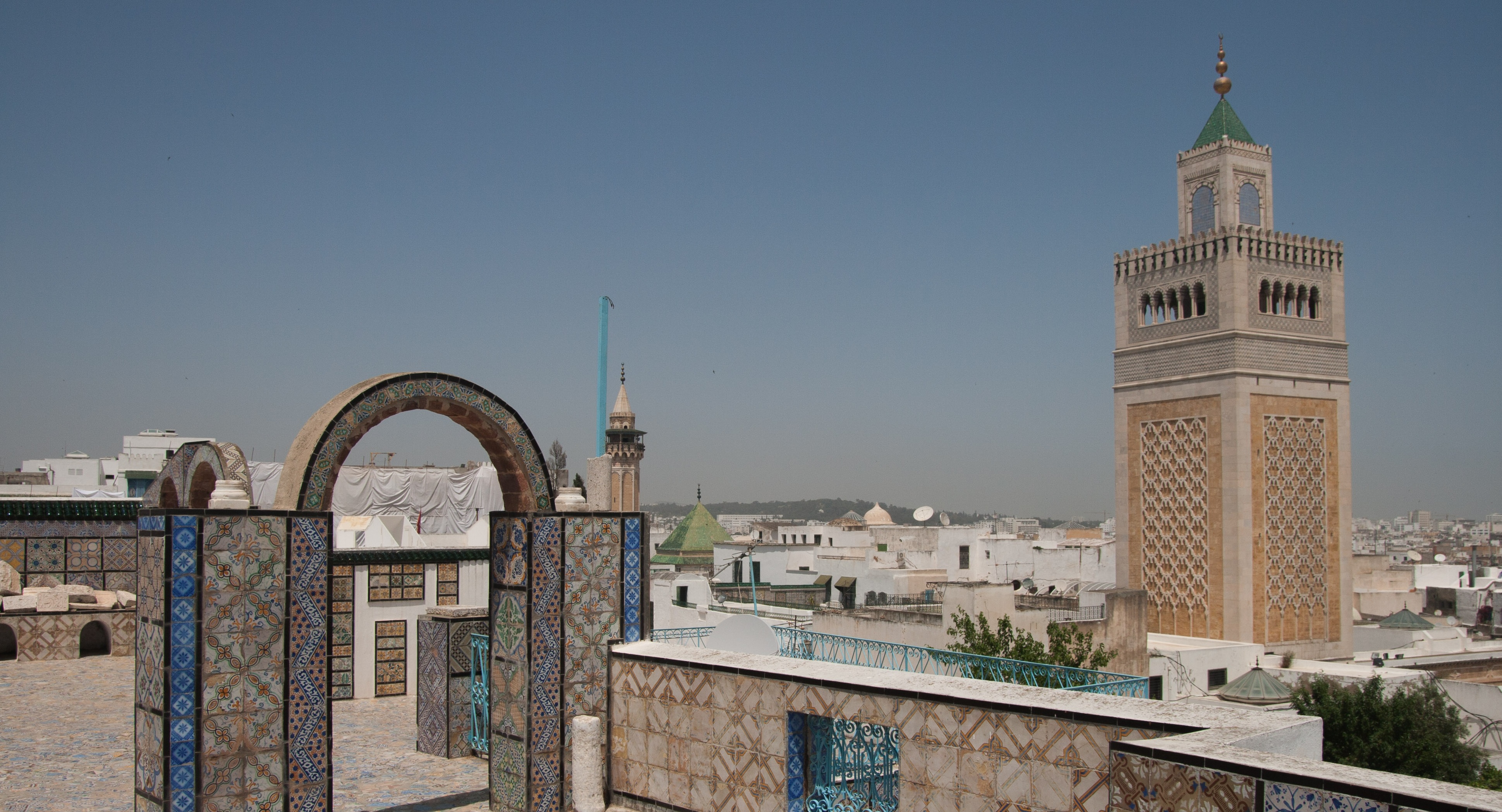 As Tunisians settle down to the reality of a new Constitution, many still see the more than two-thirds majority vote that adopted the Constitution of the Second republic on 26 January as an unexpected miracle. Considering the almost irreconcilable positions adopted by the dominant Islamist Ennahdha and the democratic opposition at the outset of the process, not even the most optimistic of analysts would have predicted this outcome. So what changed the dynamics in the process, and how? What lessons can be drawn from it?

Crises and the search for consensus

At first glance, the approval of the new Constitution by such an overwhelming majority (200 out of 216 votes ) gives the impression of a very smooth process. As commonly known, however, the making of Tunisia’s Constitution, which started with the election of the Constituent Assembly (CA) on 23 October 2011, was a laborious one. Characterized by periods of dialogue and violent tension, the process has been linked to the assassination, on 25 July 2013, of Mohamed Brahmi, a key opposition CA member. The latter incident provoked a three month opposition boycott of the CA, and unilateral suspension of its activities by its President Mustpaha ben Jaafar. Despite protests from his allies in the troika—an alliance of the three ruling parties comprising Ennahdha, the Congress for the Republic (CPR) and Ettakatol—who wanted proceedings to continue, ben Jaafar insisted the CA will only resume work upon the opposition’s return.

Paradoxically, this is what kick-started true dialogue between the majority and the opposition. Following the latter’s return to the CA, this dialogue intensified, paving the way for consensus building with the stated objective of ensuring that the Constitution is approved by a two-thirds majority on the first reading. Compromise was indispensable, especially from an Ennahdha perspective, for a number of reasons. Firstly, failure to reach consensus within the CA would have opened the way to a referendum, whose outcome none could predict. Secondly, after the opposition massively rejected the June 2013 draft which Ennahdha favored, it became clear that reaching the two-third majority would be impossible without buy-in from a largely suspicious opposition. The latter had accused Ennahdha of abusing its majority in the coordination and drafting committee not only to impose its views but also to modify several key points agreed upon in six constituent commissions.

The modifications in question were on (1) the preamble, where changes were made to include Islam in the institutional order of the State, thereby leaving open the possibility of a subsequent drift towards a theocratic state, (2) human rights where many restrictions were placed on the right to strike; (3) the equilibrium between state powers, which established a strict parliamentary regime with a President that was partially deprived of all authority, (4) the judiciary, whose independence was compromised. Ennahdha countered that the June draft integrated all opposition proposals agreed upon with other political parties of the troika. It cited, as example, freedom of conscience which, it argued, was even rejected in the committee deliberations.

Disagreements over the June draft led to the creation of a committee of consensus (CC) with responsibility to: (1) identify the contentious issues; (2) collect and register views on these issues; and (3) lead negotiations. This committee, put in place before the suspension of deliberations on 25 July 2013, quickly proved to be effective and would be formalized following the lifting of the opposition boycott of the CA.

The most contentious issue, undoubtedly, was the place of religion in the institutional order. Although it was later pressured to shift its position on the subject, Ennahdha had defended the reference to ‘Sharia’ (Islamic law) as the main source law. This proposal was radically rejected not only by the opposition but also by Ennahdha’s allies in the troika. A compromise was later reached, following negotiations with all parties; to the effect that article one of the old Constitution should be maintained. The article provided that ‘Tunisia is a free, independent, sovereign state, its religion Islam, its language Arabic, its form a republic.’ This is contrary to the June draft whose provisions on the subject also suggested that not only was Islam the religion of the state but also that the clause was immutable (article 141). This formulation is one explanation why the proposal was quickly defeated in the CC.

However, with the opposition’s withdrawal from the CA and the latter’s suspension following Brahmi’s assassination, a new mechanism for negotiating a solution became indispensable. The National Dialogue, a brain-child of the Tunisian Labour Union and three other union organizations with real historic legitimacy, was born out of this realization. Recognized by many of the most representative political parties including Ennahdha, Ettakatol and the Popular Front coalition, the National Dialogue as a consensus building mechanism was by no means accepted by all. To others, notably the Wafa Party (a dissident faction of the CPR), the Al Aridha (with populist Islamic ideology), but also the CPR (of the ruling troika), any forum for negotiation outside the CA was illegitimate.

Although it was within the CC that compromises around contentious issues were ultimately resolved, it was through the National Dialogue that some of the most serious crises of the process were resolved. One example is the tension provoked by Ennahdha’s unilateral amendment of the CA rules to curtail its President’s powers. However, the CC remained very active until the ‘final sprint’ to resolve several disputes. One of the most striking cases it had to address was the very divisive issue of guaranteeing judicial independence. The key question was the appointment mechanism for senior judges. Ennahdha wanted to make this the prerogative of the Minister of Justice whereas the opposition, supported by the association of magistrates, wanted to keep this within the Supreme Judicial Council, composed mainly of judges. It would take two days of negotiation to reach a compromise by which the President will make judicial appointments, but on the exclusive recommendation of the Supreme Judicial Council, and following consultations with the head of government. Another example was the final wording of Article 6 of the Constitution which, following an Ennahdha member’s accusation of an opposition  deputy as an enemy of Islam, was modified to prohibit the ‘takfir’, a form of excommunication in Islam. Pushed to the wall, Ennahdha deputies rebelled, forcing the parties to go back to the negotiation table, with Ennahdha conditioning its acceptance of the final wording on assurances and guarantees of greater protection for the sacred.  It would also take two days for the CC to build compromise on the final formulation.

Finally, a question may be asked: why did Ennahdha concede as much to the opposition, when it had a parliamentary majority and the possibility, with the help of some independents in the assembly, to muster the required two-thirds majority? Was it out of a desire to leave a more positive legacy before its departure—which was becoming inevitable—from power? This is a possible explanation. Yet it was also clear to the opposition that there was no other option than negotiation (it lacked the numbers needed to push its agenda through). As such both knew a mid-way solution, where none felt like a winner or loser was, indispensable.

Clearly, while the Tunisian case remains interesting, it must be noted that negotiations leading to this result would also not have been possible without the defusing of tensions between the Islamists and the opposition. Another factor was the state’s containment of the terrorist insurgency that was threatening to destabilize the country. This, in part, was due to the fact that there was no breakdown of state power. State institutions were able to function and manage national security challenges. Constitution making did not therefore happen in a power vacuum—and this too contributed significantly to the adoption of the kind of Constitution Tunisia has today. Such enablers are, unfortunately, lacking in other countries of the region in post- revolutionary phase, where in some cases, the state’s power has virtually disappeared. Examples include Libya and Yemen. Beyond finding workable consensus building mechanisms, having a functioning state is perhaps another key lesson that Tunisia’s experience offers to regional neighbors faced with framing a new constitutional order in a challenging security environment.  Translated from original French version

Sélim BEN ABDESSELEM is a member of the opposition Nida Tounès party. He was a member of the Constituent Assembly and currently represents the France-North constituency (Tunisians in France), in the the Parliament of Tunisia.