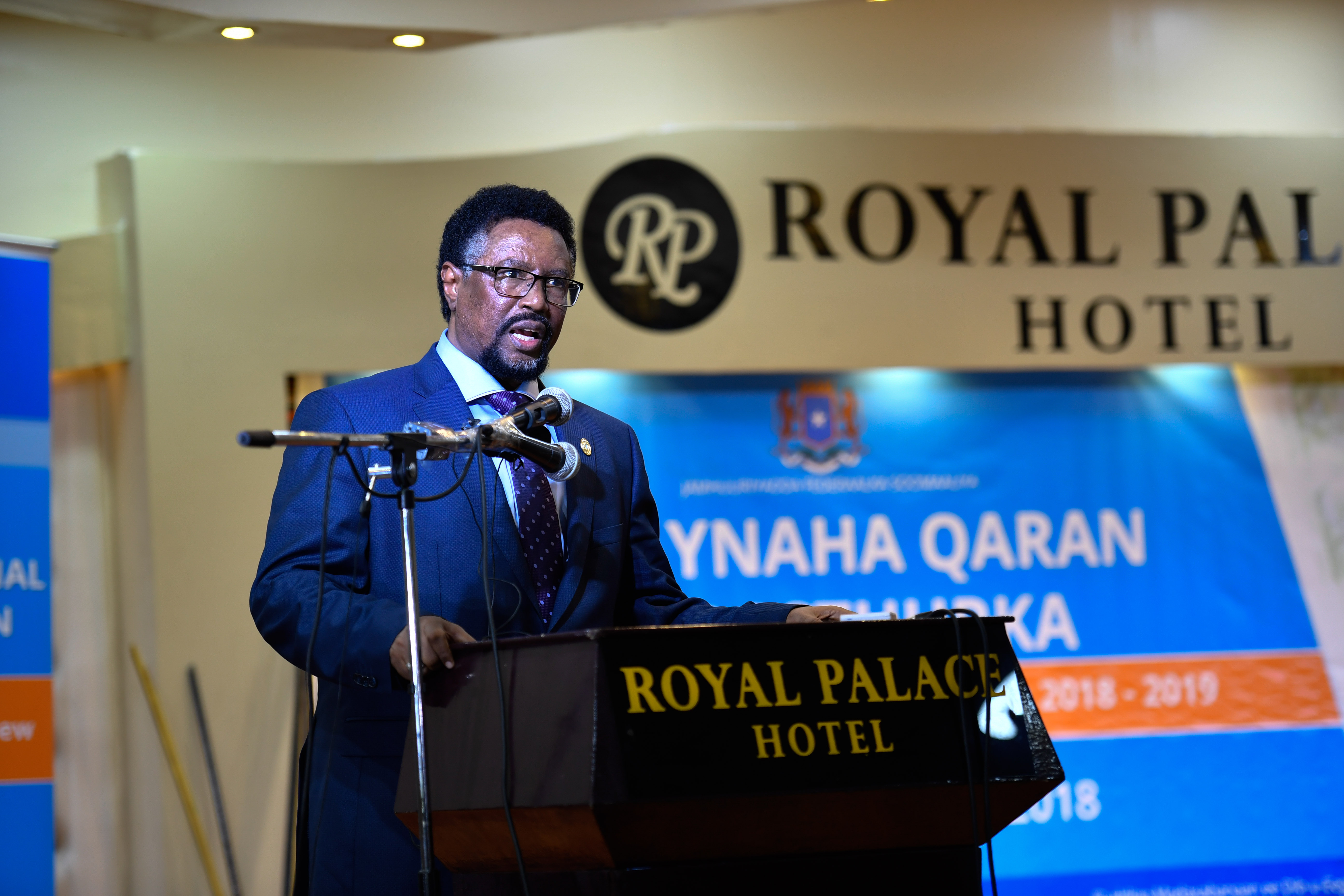 Speaker of the Lower House of Somalia, Mohamed Mursal Abdirahman (photo credit: AMISOM Public Information/flickr)
Somalia will not conduct indirect elections commonly referred to as 4.5 model, Lower House Speaker Mohamed Mursal Abdirahman said on Wednesday, in a statement that further complicates the pre-election crisis, which has grounded political activities in Somalia. Already, the National Independent Electoral Commission [NIEC] has ruled out the possibility of holding universal suffrage polls this year, arguing that the earliest Somalis can vote is March 2021. The commission seems to have settled on the universal suffrage model which is being referred to by members of the international community.
Read the full article here: Garowe Online