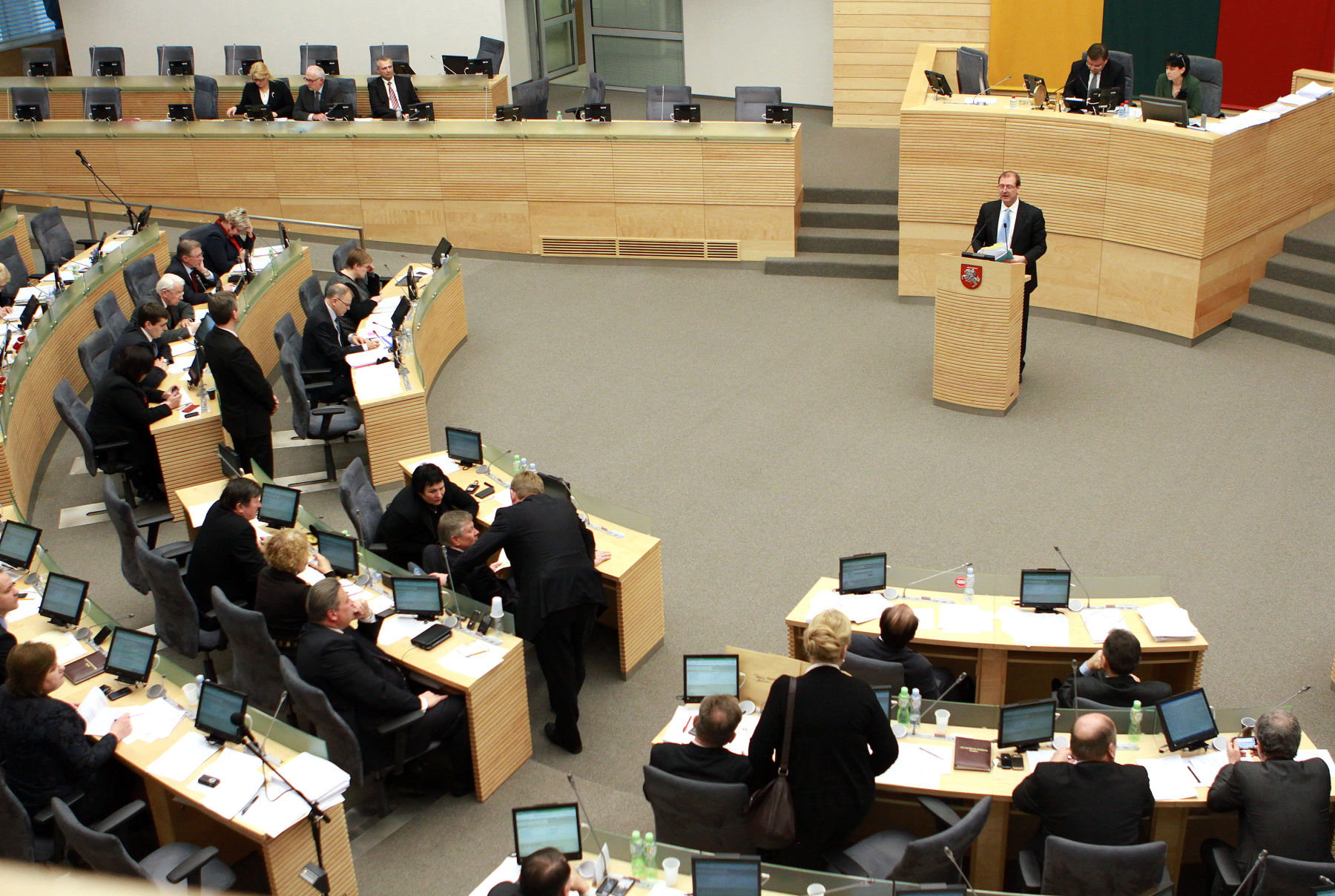 Parliament of Lithuania (photo credit: NewNowNext)
<p><span>Justice Minister Juozas Bernatonis declared same-sex couples were "more of an issue of propaganda than reality."</span></p><p>While there has been some progress in acceptance of the LGBT community in Lithuania, a new constitutional amendment threatens to further ostracize same-sex families.&nbsp;<span style="line-height: 20.4px;">In June, the Lithuanian parliament approved a measure that would define “family” as exclusively based on “[heterosexual] marriage, motherhood, and fatherhood.”&nbsp;</span><span style="line-height: 20.4px;">It now requires two additional votes before it can be officially adopted after the parliament return to session in September.</span></p>
Read the full article here: NewNowNext