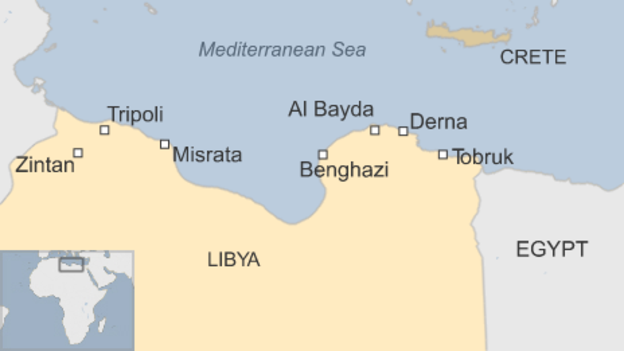 Photo credit: BBC
<p class="rtejustify">The Administrative Department of Al-Bayda Appeals Court delivered Monday a verdict that rendered as illegal the amendment done to the voting quorum of the Constitution Drafting Assembly (CDA), and thus rendered the latest draft sent to the House of Representatives as illegal too.</p><p class="rtejustify">Formerly, the CDA members in Al-Bayda had amended the internal codes list by amending the voting quorum, which was against the constitutional declaration, to be able to pass the the constitution draft that they agreed on despite the absence of the boycotting members, who protested against the draft.</p>
Read the full article here: The Libyan Observer