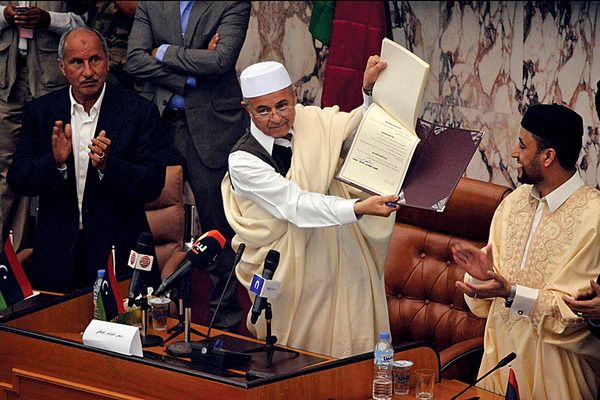 Nuri Abu Sahmain (C), the new head of Libya’s General National Congress (GNC), raises the signature sheet during a signing ceremony for the law on elections of the constituent body for the drafting of a new constitution, in Beida [photo credit: Reuters]
<p>In what is currently a rare act of collaboration, Tebus and Tuaregs have agreed to quit the Constitutional Drafting Assembly (CDA). Four members, two from each of the communities, have suspended their partcipation in the CDA in protest at “the violation of the constitutional declaration and the democratic principles for a multicultural state,” they said. They complained at what they said was “the assembly’s lack of commitment to the roadmap agreed with the minorities”. </p>
Read the full article here: Marsad Libya